Change can be very  scary.  Some of us are afraid of change especially if it would take  us out from our comfort zone but a lot of times, change is necessary for the betterment of a system or organization. 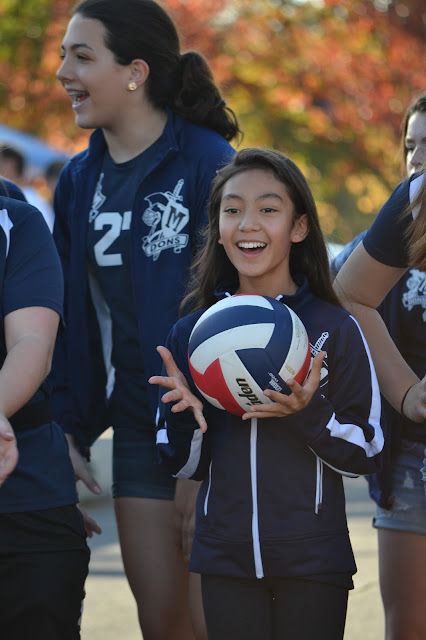 Last year, the school where our children go to  had a change in administration and so is  the church.  New administration means new changes to policies and other   stuff.  It was a  mild turbulence   especially for our children but I think that the school needed it for the better.  This year, equipped with  a new and fresh set of ideas from  different people, the school is doing so much better.  This school year, we have   activities that  we did not have   with the old administration.  So change brought a lot of positive outcome  not just for the school but especially for the children. 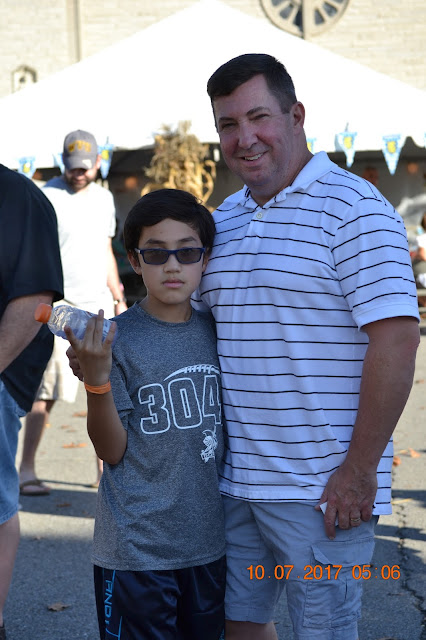 One of the  many school activities that was    held this year  was the Octoberfest.  The whole school came together and enjoy a whole  day of fun.  I love that this  event was not only for the school  but  it also reached out to the community.  There were  small businesses that came and had set up  their tent and I believe some portion of their sale  went to the school which was a huge help for the school. 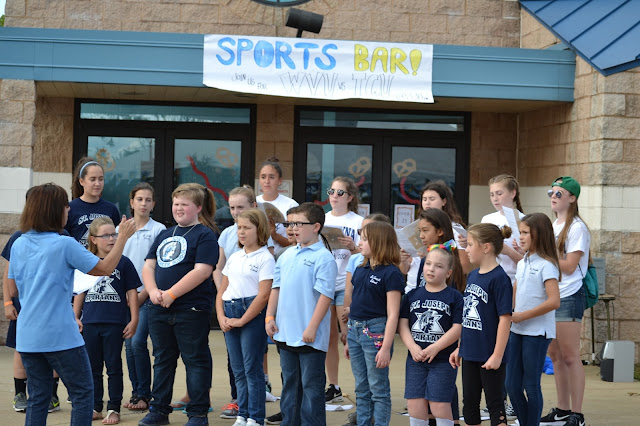 The event started with  the children  singing.  Our music teacher does a great job in  organizing this kind of activity  with the children.  Unlike other fund raising activity, this event did not have as many sponsors from the start so the success of it depended  on the participation of the community.  I thought it went well. 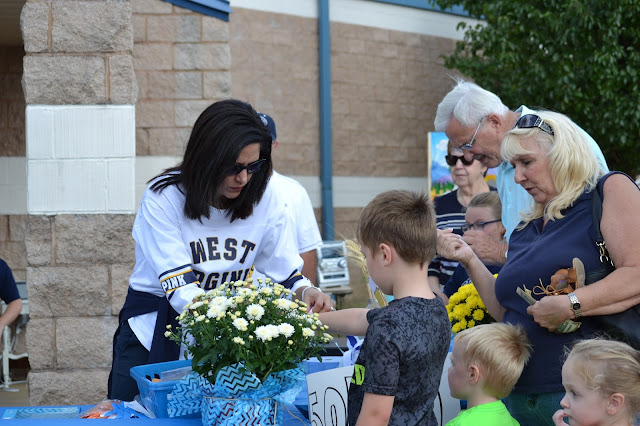 We sold  tickets which patrons can use to   get drinks and snacks and use  the bouncy house for the kids. 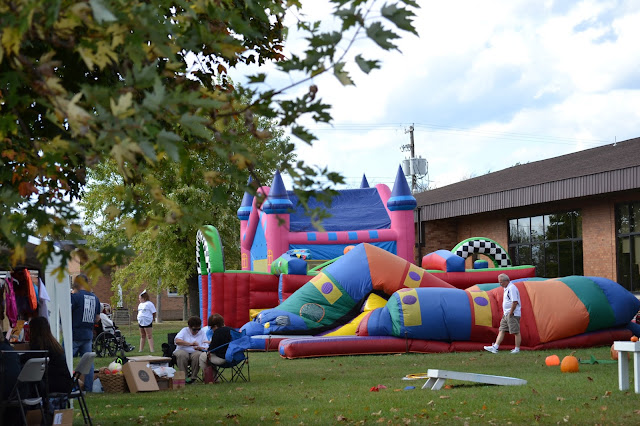 Every class has their own booth selling snacks and drinks.  Each class chose  a  cause that they want to support with their sale which was great.  This event not only brought  enjoyment for the whole community but it also taught the kids to  spend their time  for a charity of their choice. 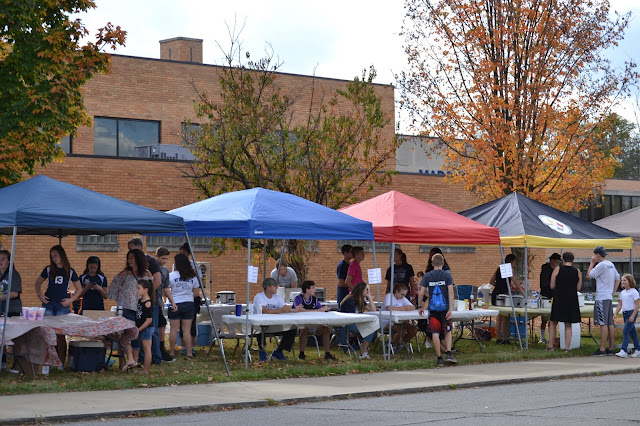 I heard mixed reviews about the event.  Some  are in favor  of it because it did bring a camaraderie between the school, families, and the entire community in general.  I also heard  some that aren't in favor because of the  presence of drink (beer) but I think it was not that bad.  Everybody seemed to have it in control, beside it was for fun. 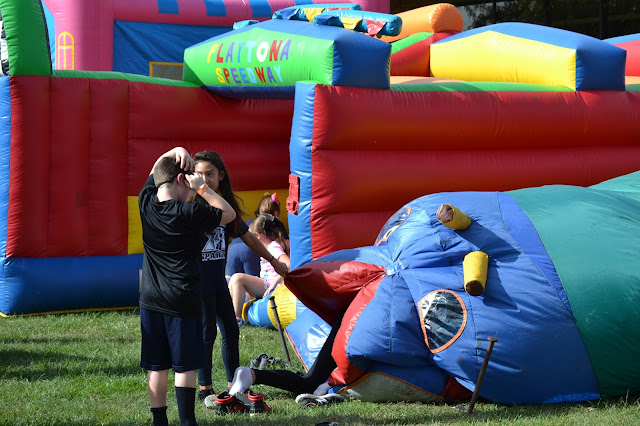 I think the  children were  drawn to the  bouncy house.  We sold so many tickets  for it. 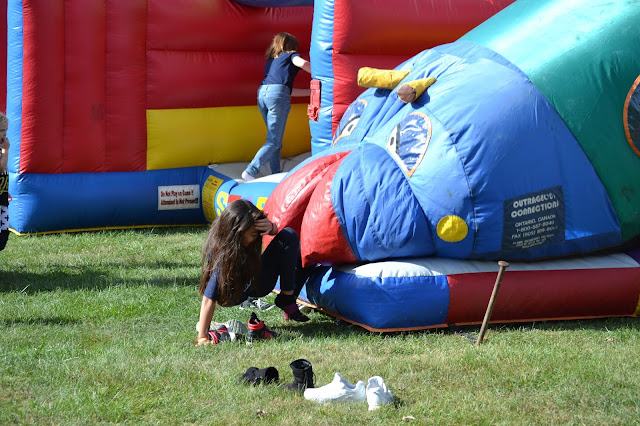 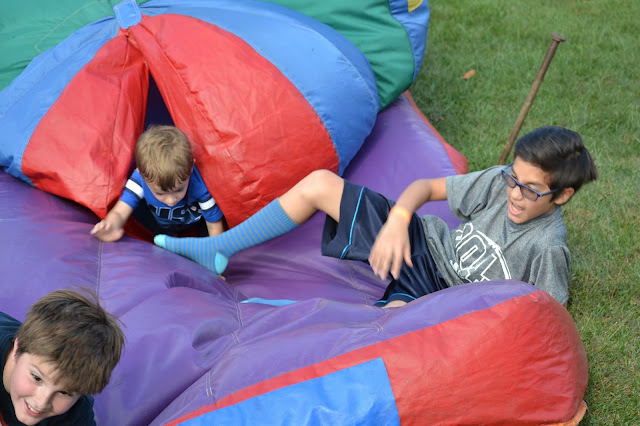 A lot of parents have stepped up to the plate and helped with the event. 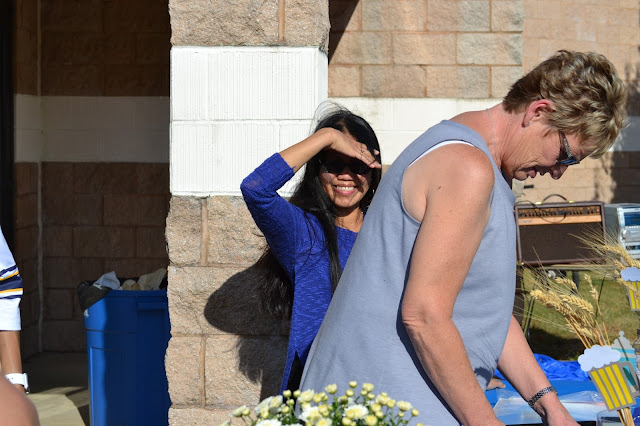 The Fall  display was  beautiful. 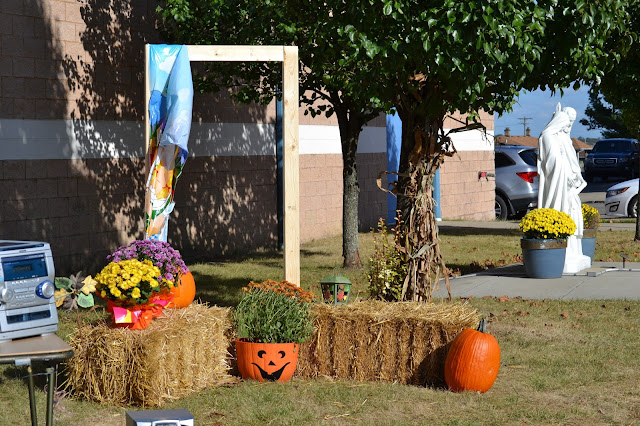 I didn't think my husband  drink beer there but  he had fun watching the kids and talking to some parents.  I helped with other Moms  selling tickets. 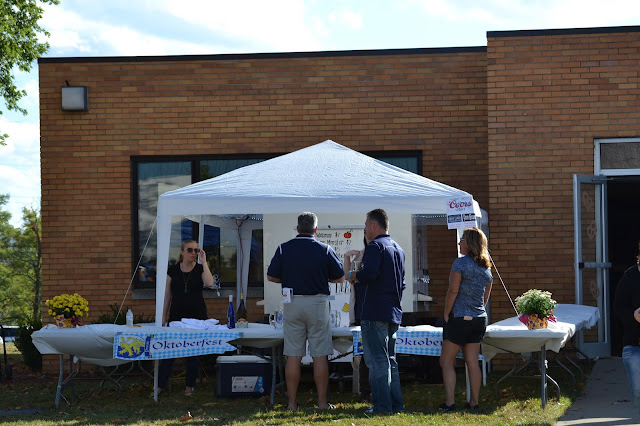 Everybody seemed so happy  doing their part that day even  our children. 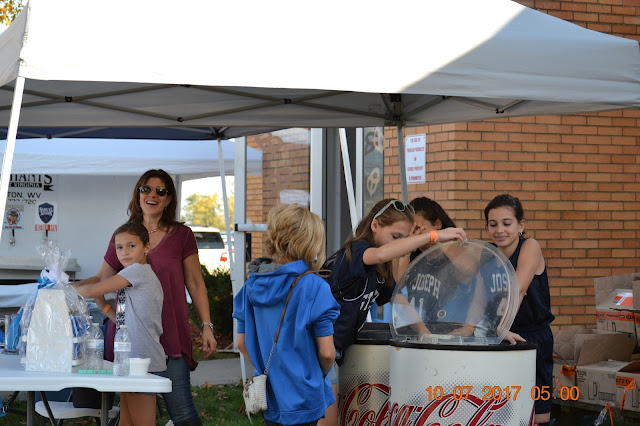 All the sports  athletes for Volleyball, basketball, and football were  introduced by the coaches. 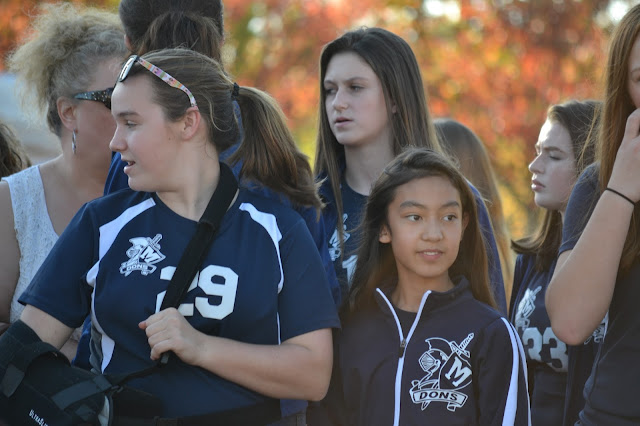 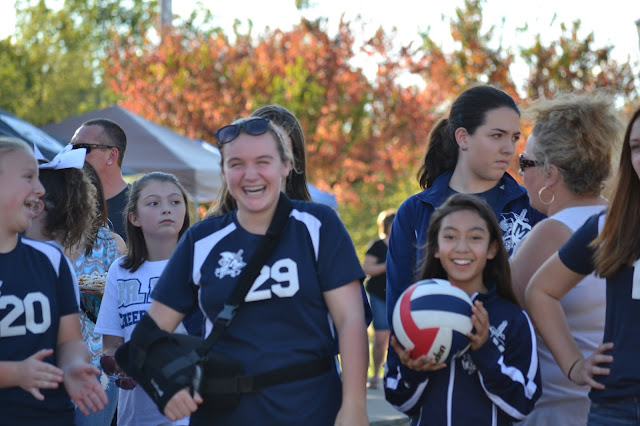 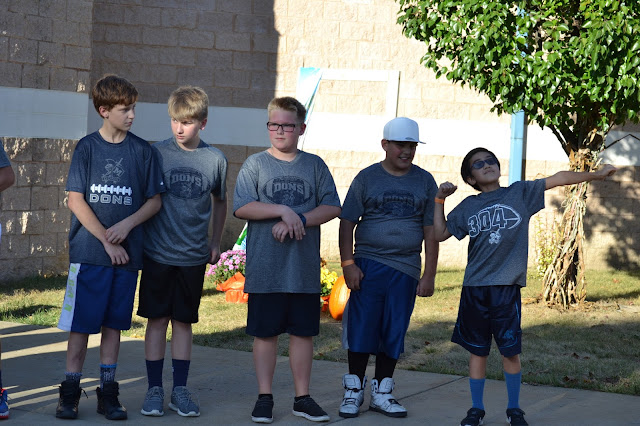 Mr. Tom Zielinsky  provided  the music in the event.  I thought he was very talented and so good of showcasing and sharing his craft in music.  He sings and play his instruments really  good. 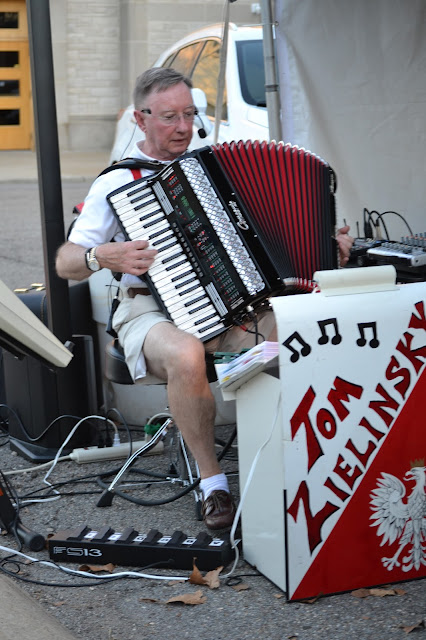 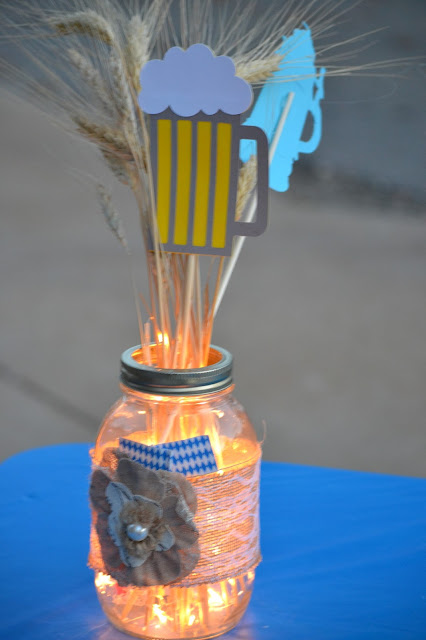 The event lasted until 8-9 in the evening and we all helped  in cleaning up after the event.  I really liked this event, I get to see our neighbors and met  some people that I don't normally talk to on a daily basis.  It's really great to see the community come together in supporting a great cause.  I hope that the school continue to do these  things.  In the previous years, the little kids did not really have  any field trip but this year,  they started to do it.  Once again, thank you for stopping by and have a great Thanksgiving!
By Chubskulit Rose - November 22, 2017

Basilica of the Shrine of the Immaculate Conception #DCtrip2019

This post is  way over due.  Here we are planning for the DC trip for my son and I haven't even posted anything about the trip that my ... 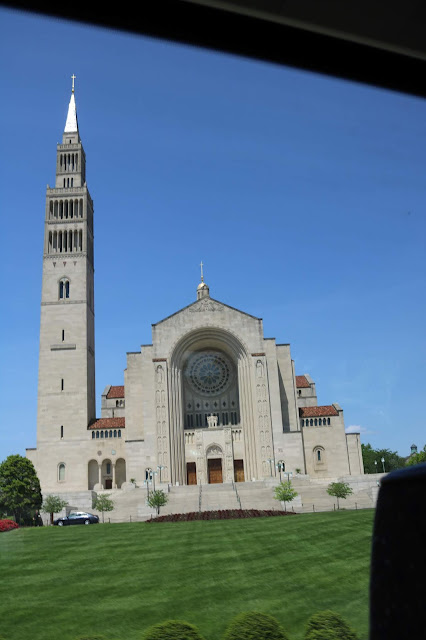