On February 16th,  the wrestling   expo was finally pushed through after few  rescheduling because of the snow.  I couldn't be more excited to see our son do what he have learned  during the 8-week free wrestling  training at Madonna High.  We are really grateful that  the Wrestling team at Madonna High offered this course for free to  the children from the St. Joseph and St. Paul catholic schools. 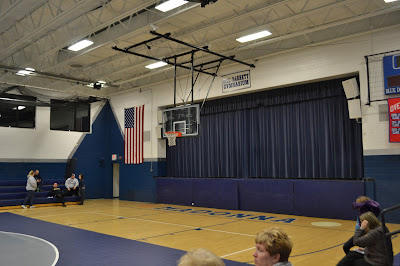 We almost  missed it too because we did not received the call from the school, we thought it was cancelled again.  I am glad that one of the Moms have texted me and told me that the match up will be that night. 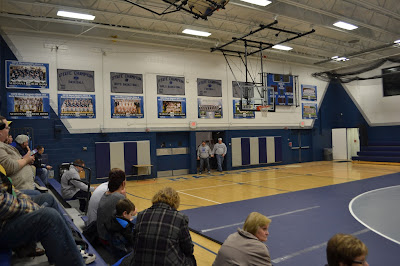 Anyway, the  students  collects some donations from  the guests.  Until now, I am still surprised that they don't charge parents for them, that is so nice of them to  spend their free time to  impart what their skills in wrestling  to the little kids. 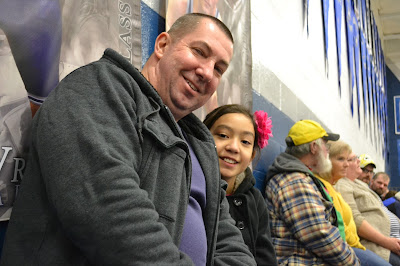 My son wasn't 100% healed from the  sickness that he got  from that weak so he was  not h 100% himself but he was excited for this  expo that he did not mind  going and showing us what he  have learned. 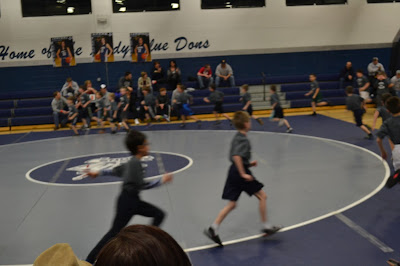 The Wrestling team even provided each kid a shirt  which is really nice considering that they rendered their services for free. 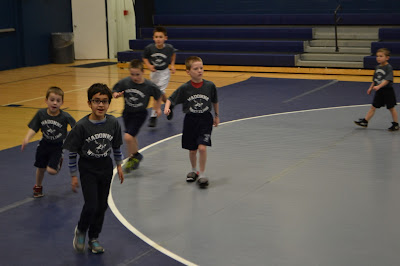 They warmed up after they  gathered up in the middle of the gym.  The event was held at Bill Barret Gym - Madonna High campus.  That was our first time there and glad we were able to attend as this will be  the kids future high school. 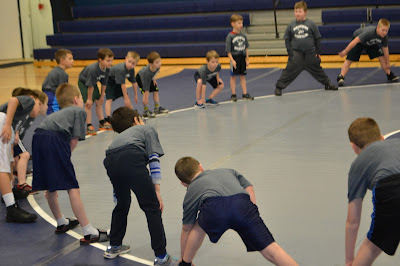 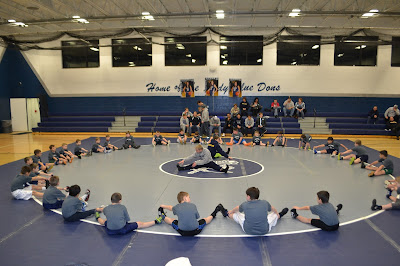 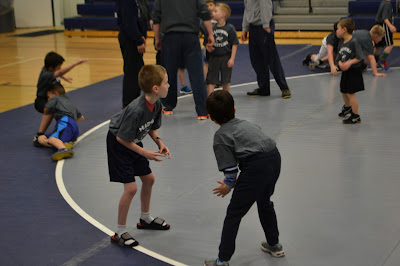 IT was a friendly competition  and it was fun to watch.  I had fun watching other parents who were really  going into it like it was a real fight and they were  screaming and telling their kids what to do. 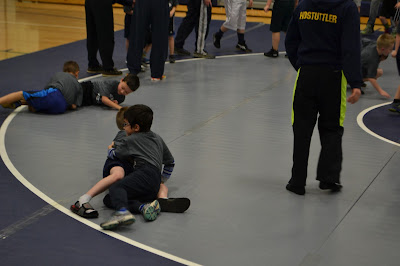 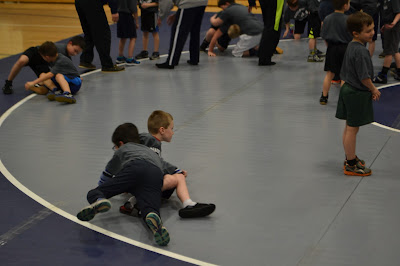 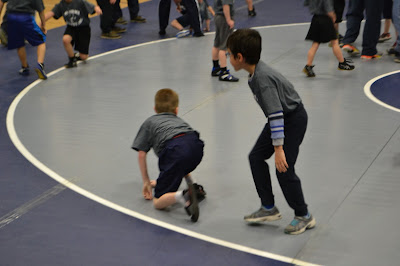 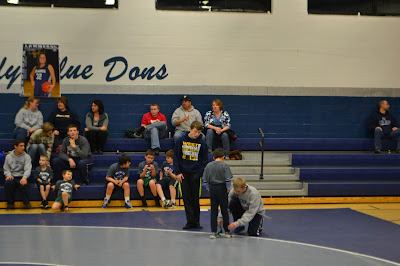 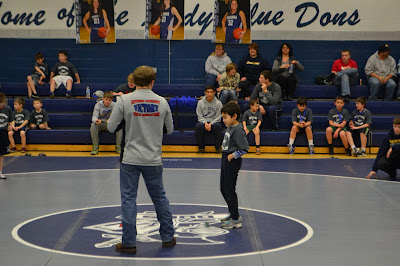 EJ won the  match  up. He scored 27 while his opponent got 12.  He was very proud  and we were  too.  He told his Dad that his win was his  birthday gift for him since it was my husband's birthday the next day. I thought that was nice of him to say that to his Dad. 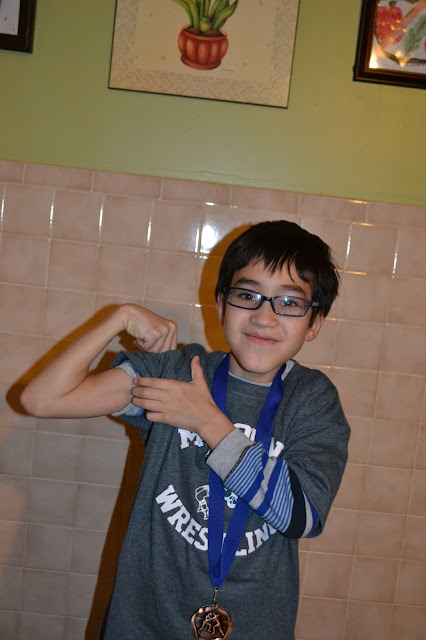 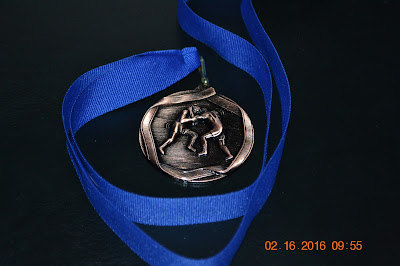 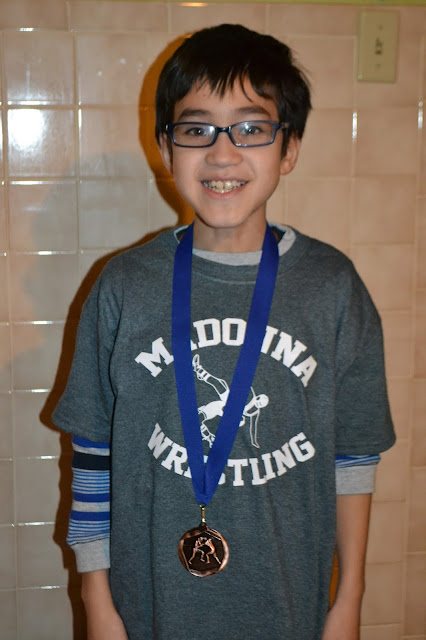 I don't know why, it was just a friendly competition but I was so nervous for him.  I don't think I would be able to watch him when he is  all grown up and doing this kind of sports lol.  Then again, I am always nervous when they have to perform, it's just typical of me.  Below  are the short  clips I recorded in the camera.