Another big milestone in our son's faith happened last Tuesday,  February 10th at St. Joseph Church.  It was his first confession/reconciliation.  His First communion is coming up in May 3rd this year.  Before they could  take their first communion, they need to do the reconciliation. 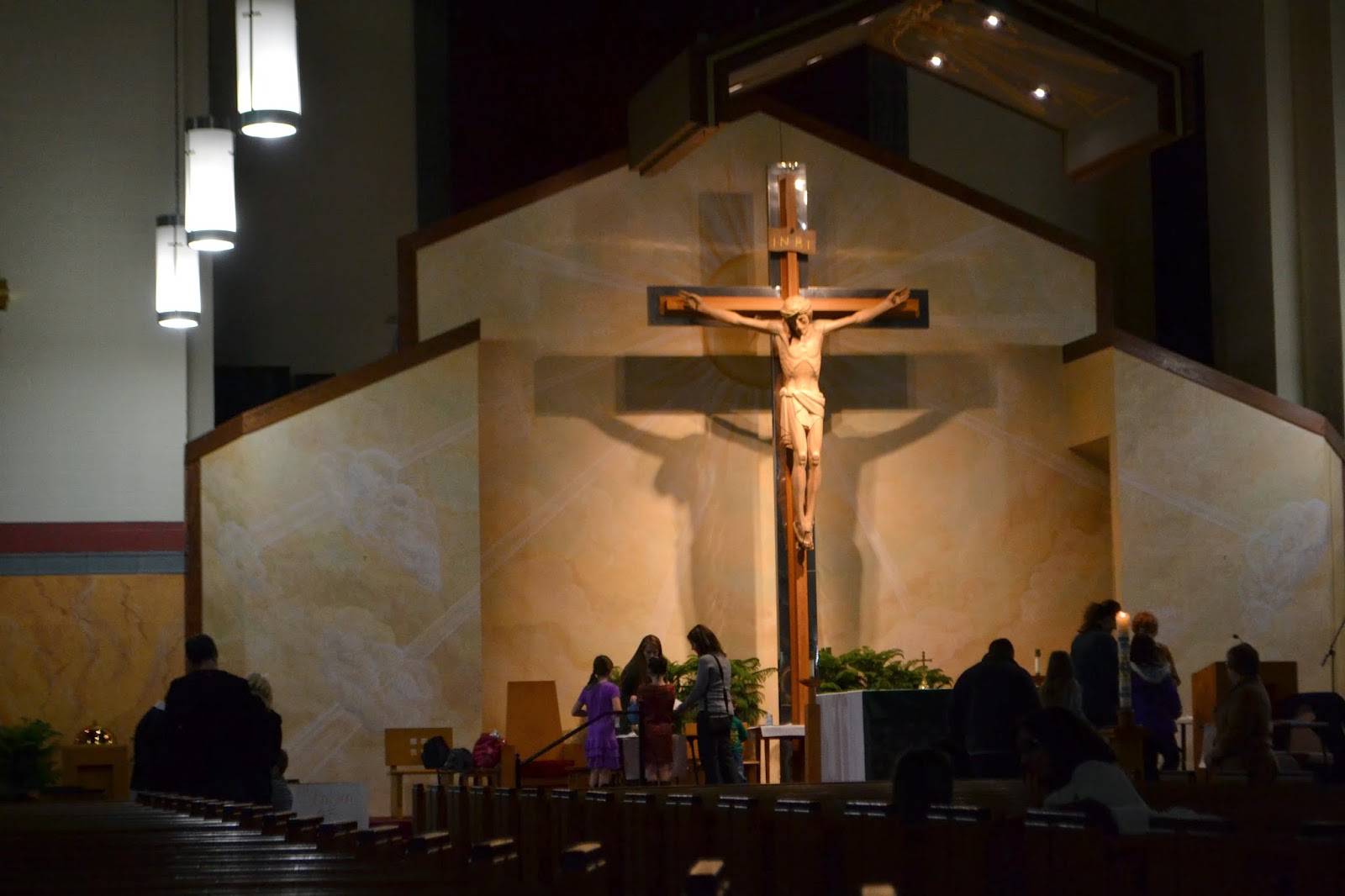 EJ was a bit a nervous in going to the priest and confessing his sins.  I told him that I was the same way when I did my first confession. 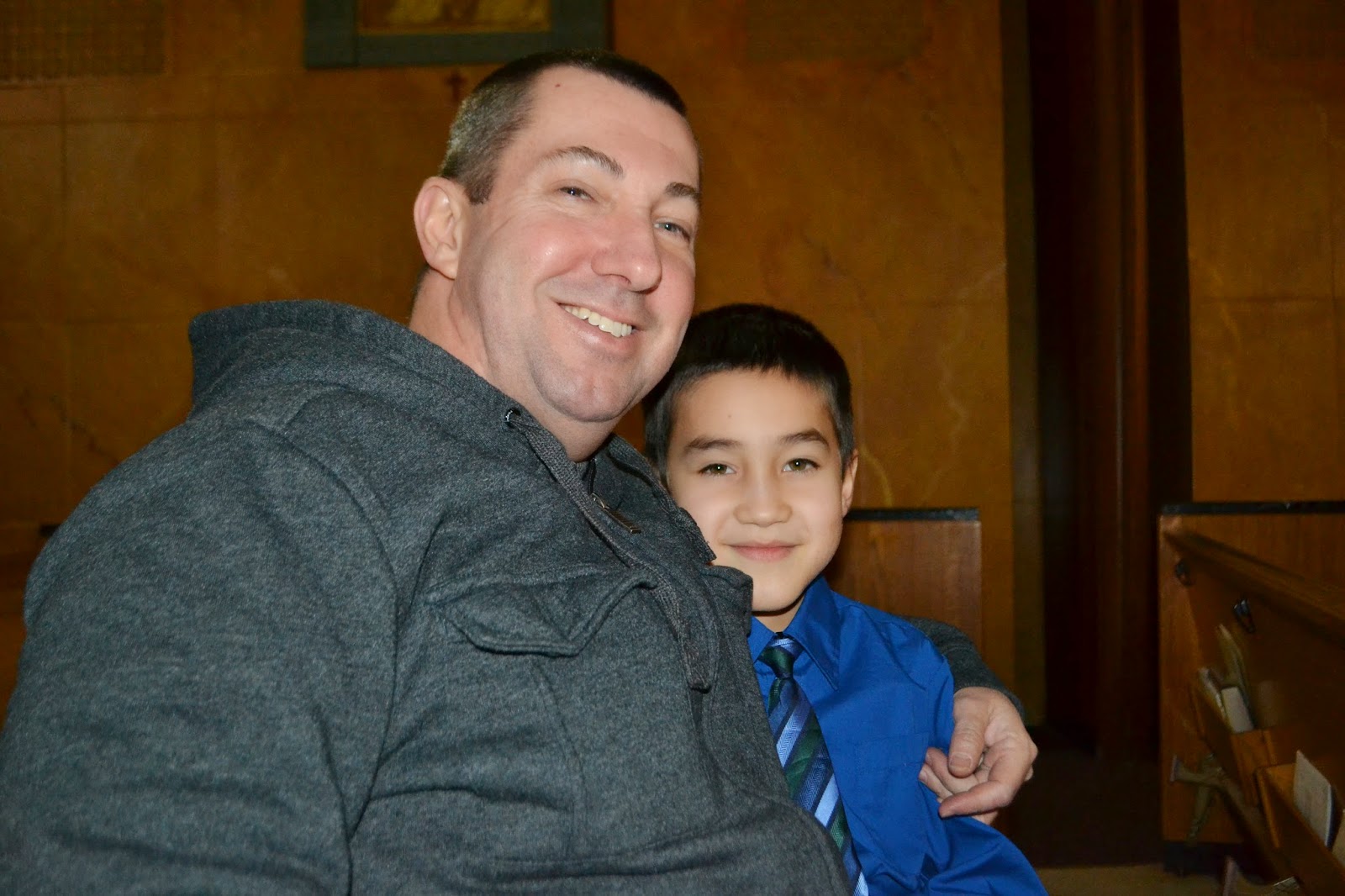 For moral support, we all went (as we always do for both of them). 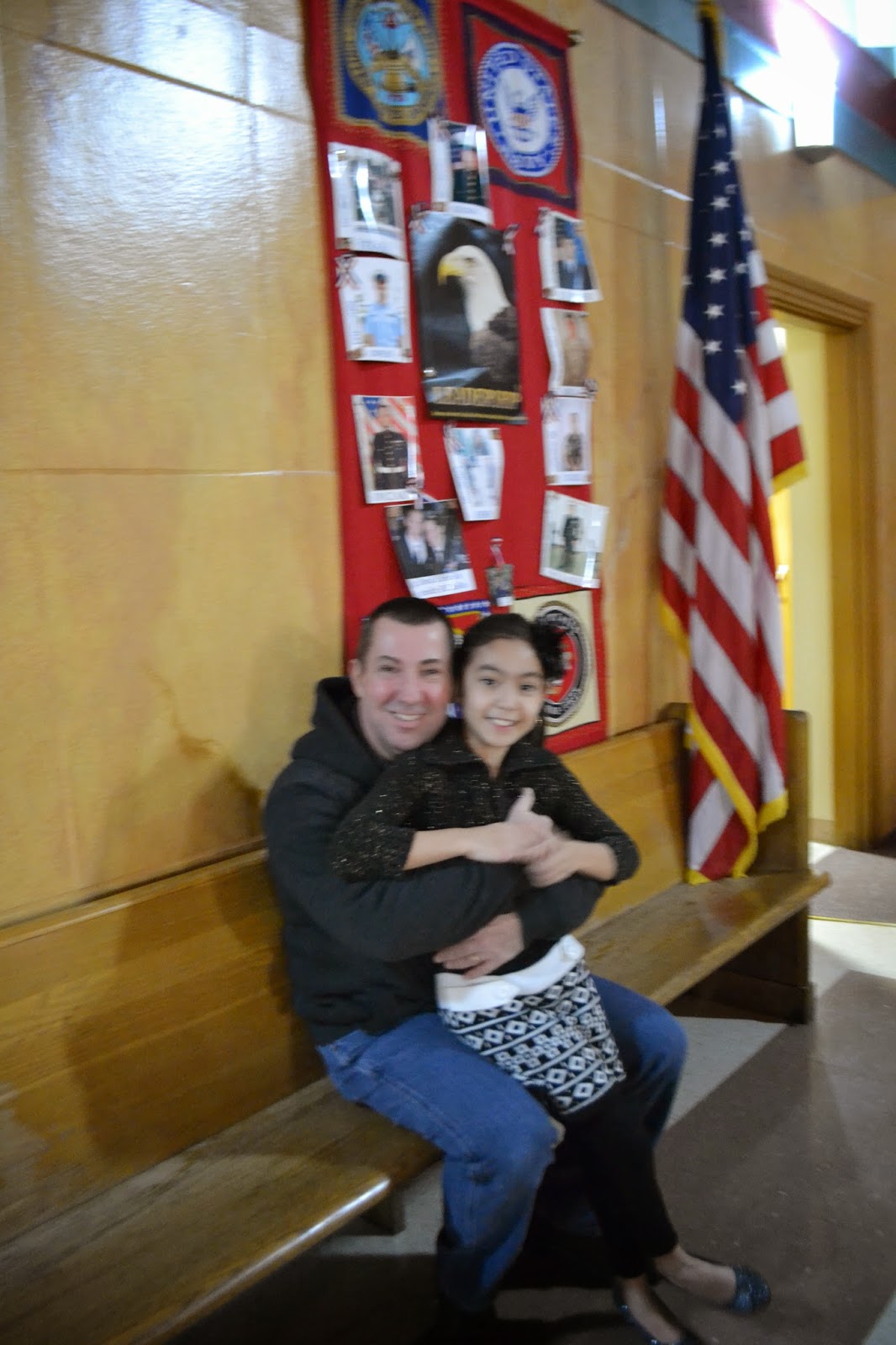 After he confessed and did the penance given by the priest, there were stations in front of the altar.  The stations have symbolic  things they do to further  explain how important it is to reconcile with God.  The first station is washing the hands to completely clean/wash away the   sins. 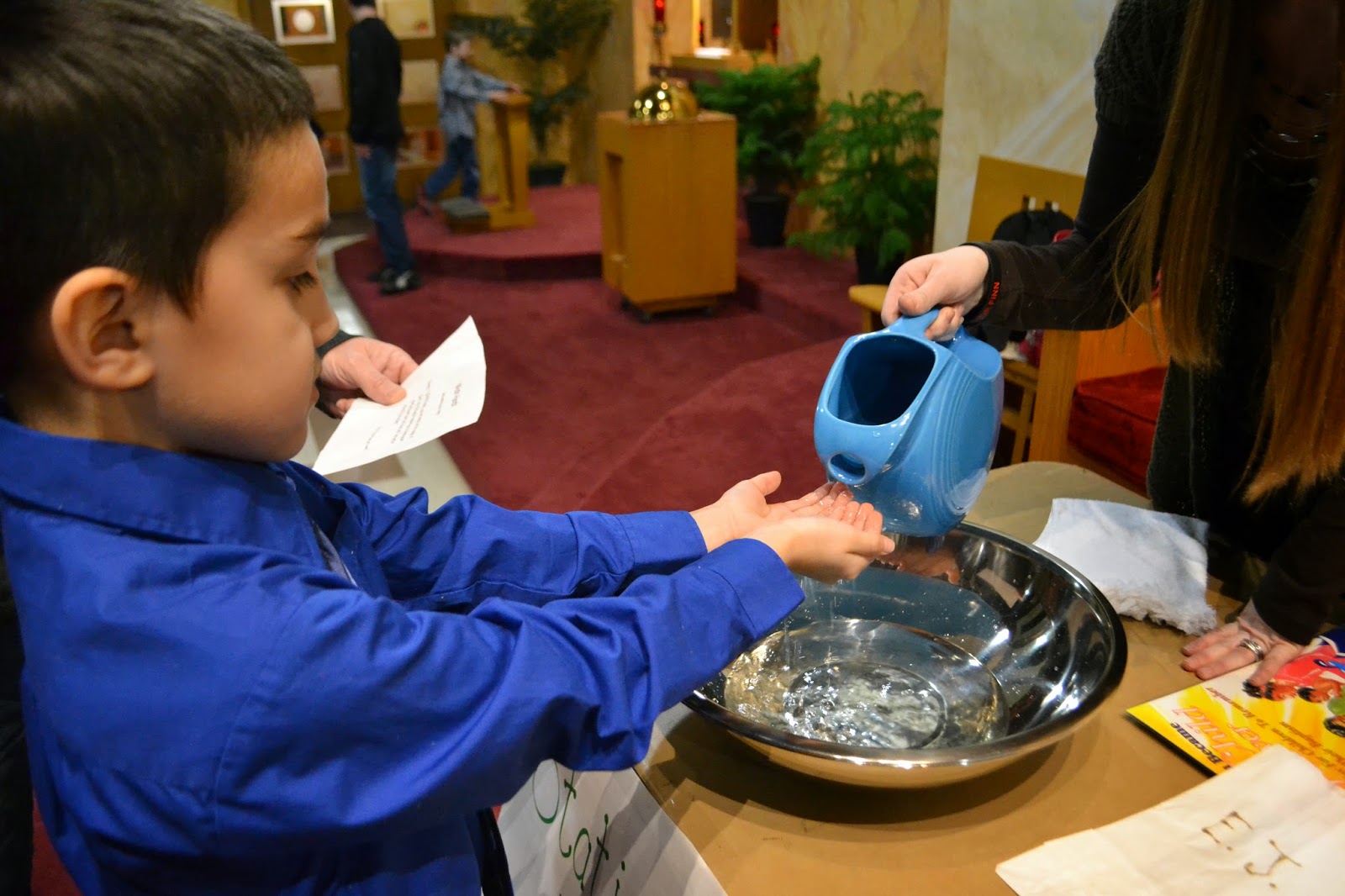 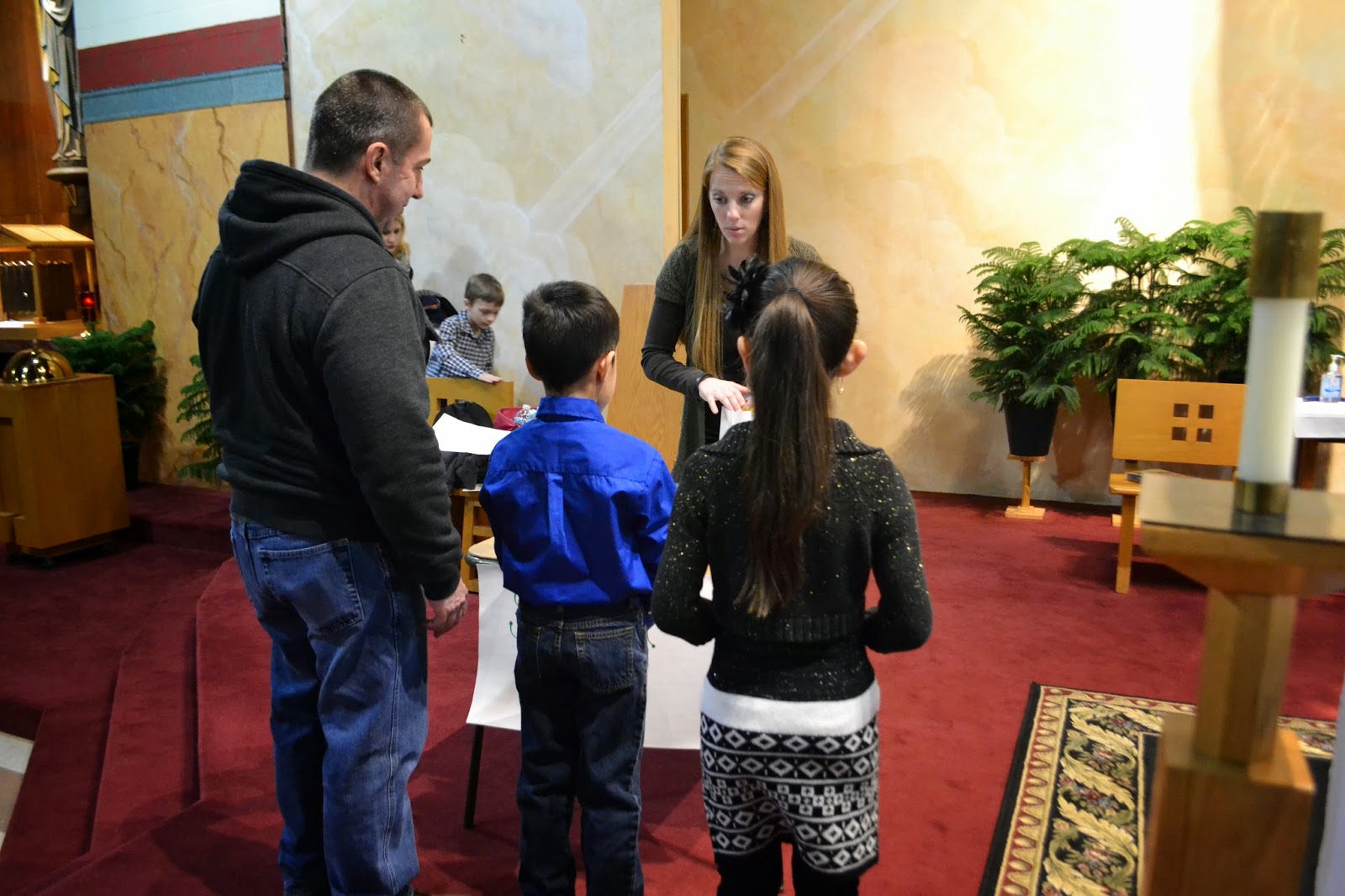 The second station is a prayer then they were given their  reconciliation shiurt. 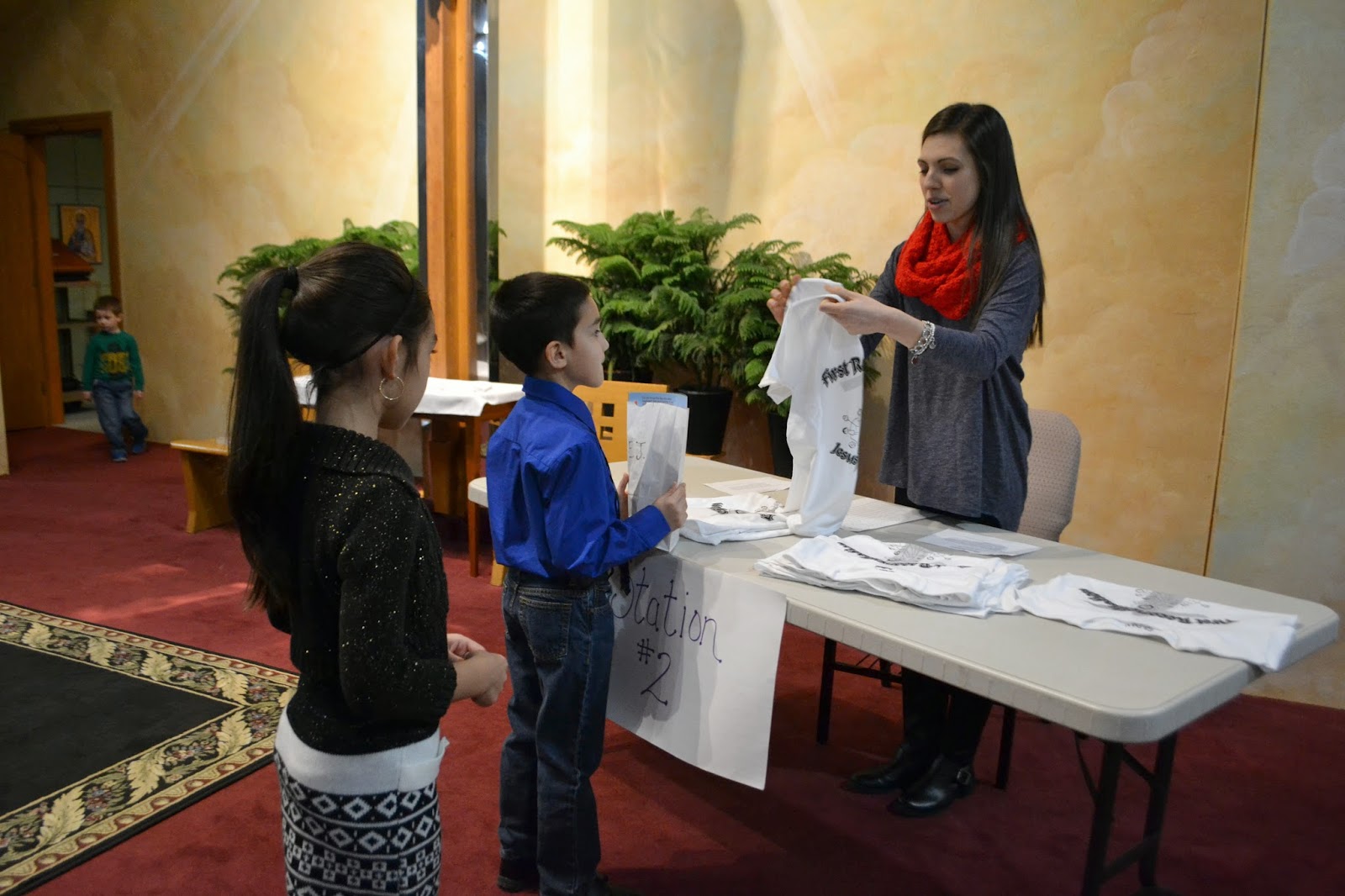 The third station is  the light.  They were given  each a light. 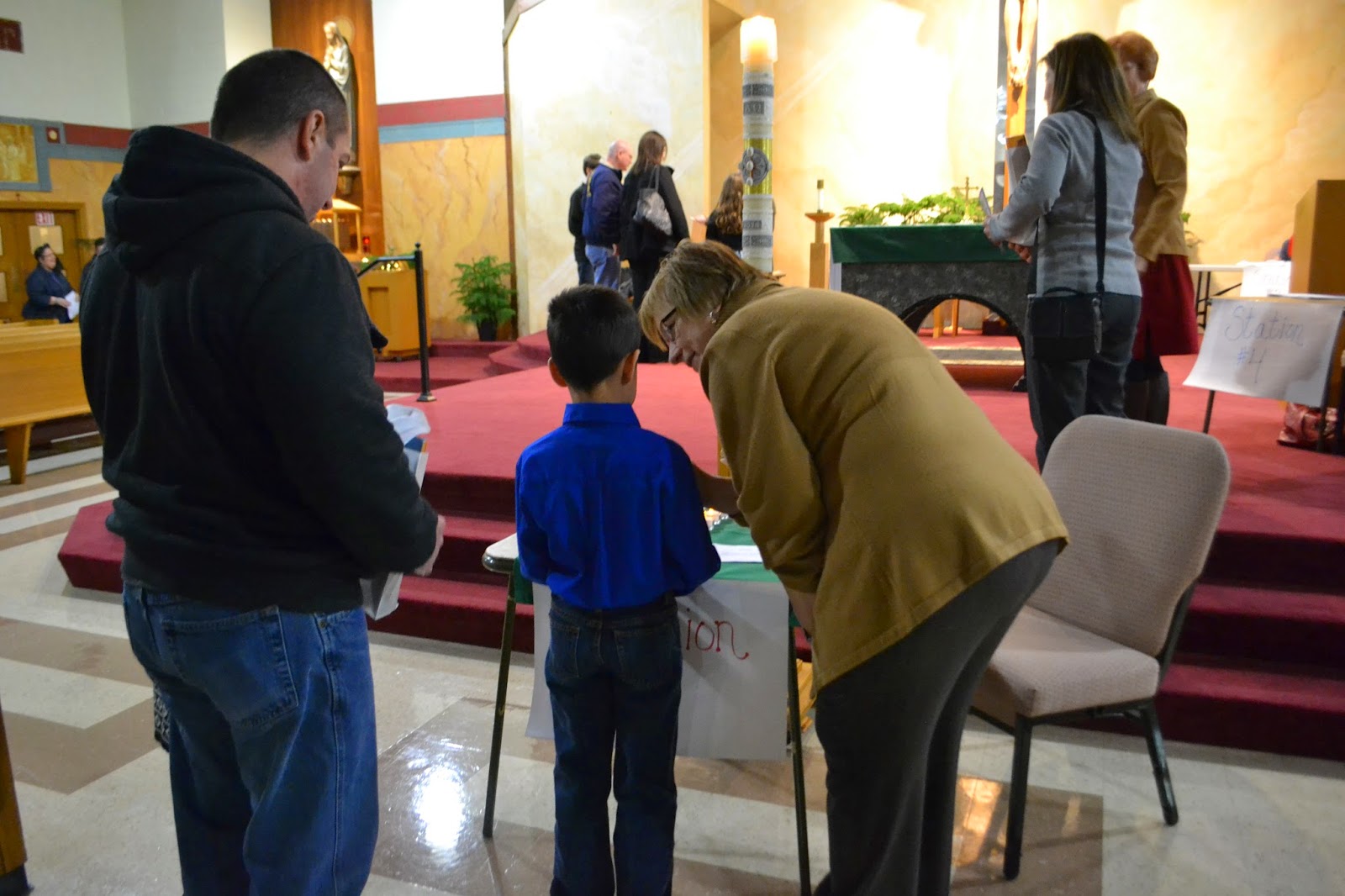 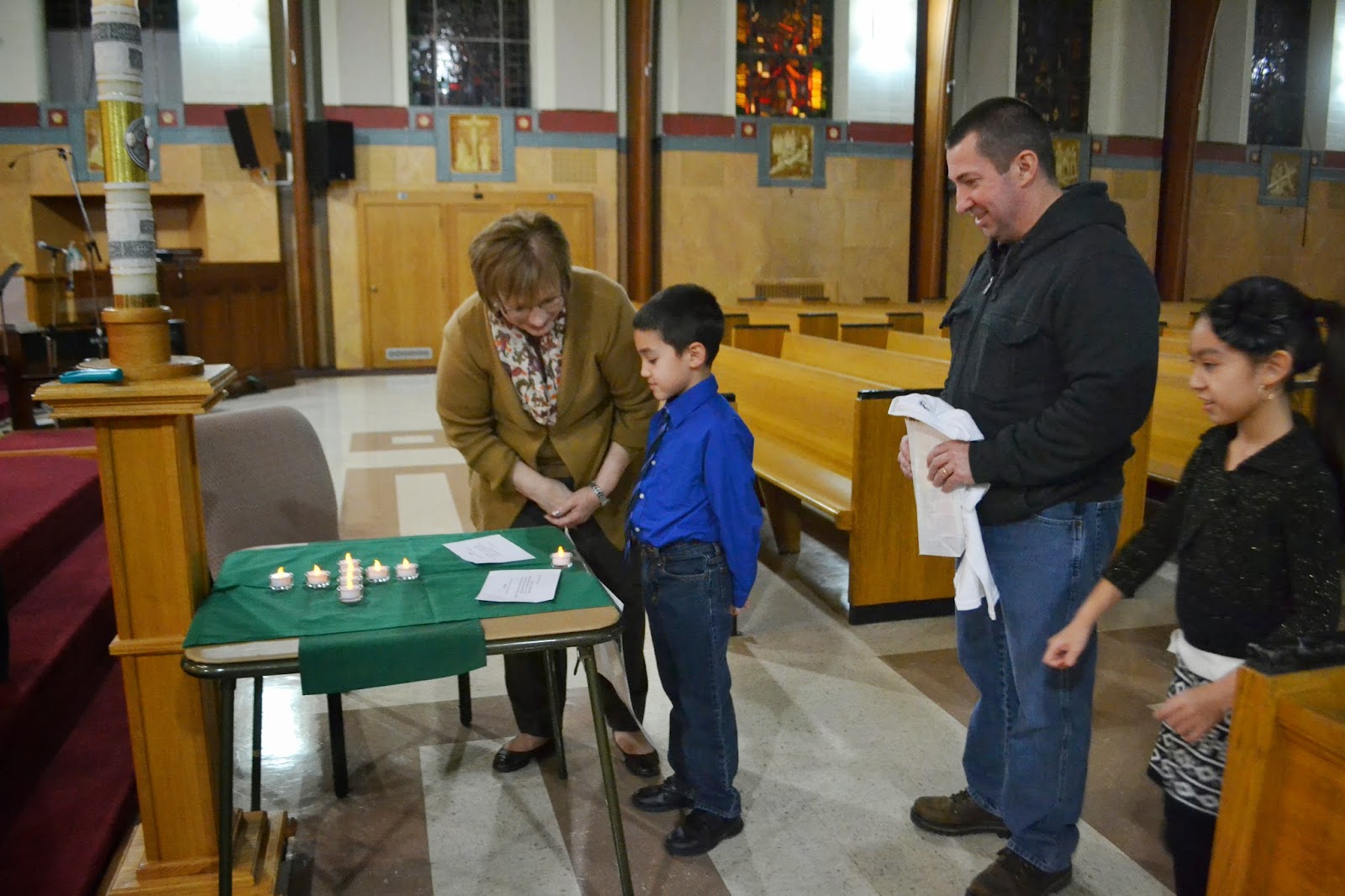 The fourth station is the prayer book. 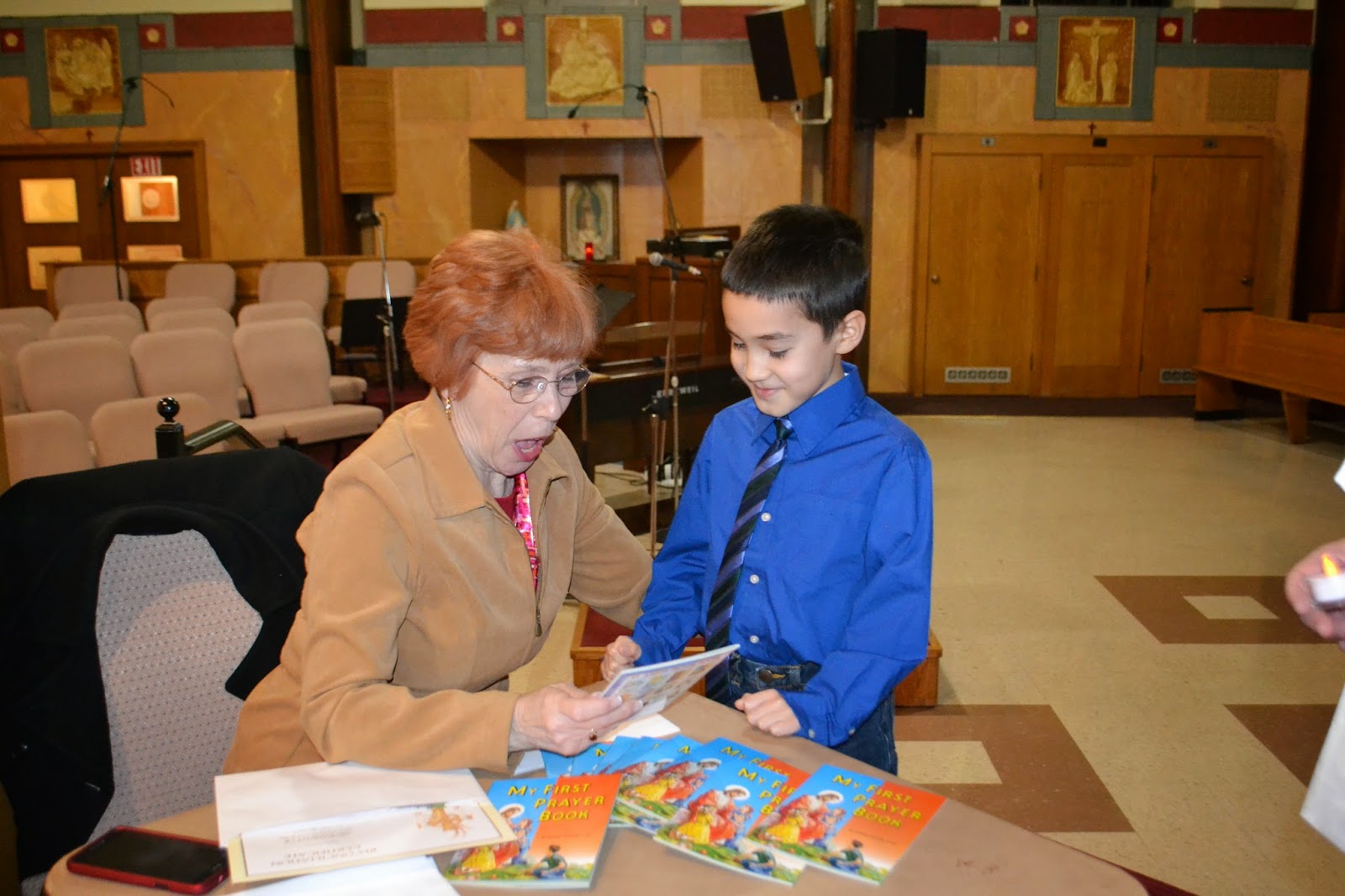 The fifth station is a prayer/blessing for the whole family and we were given  a book also. 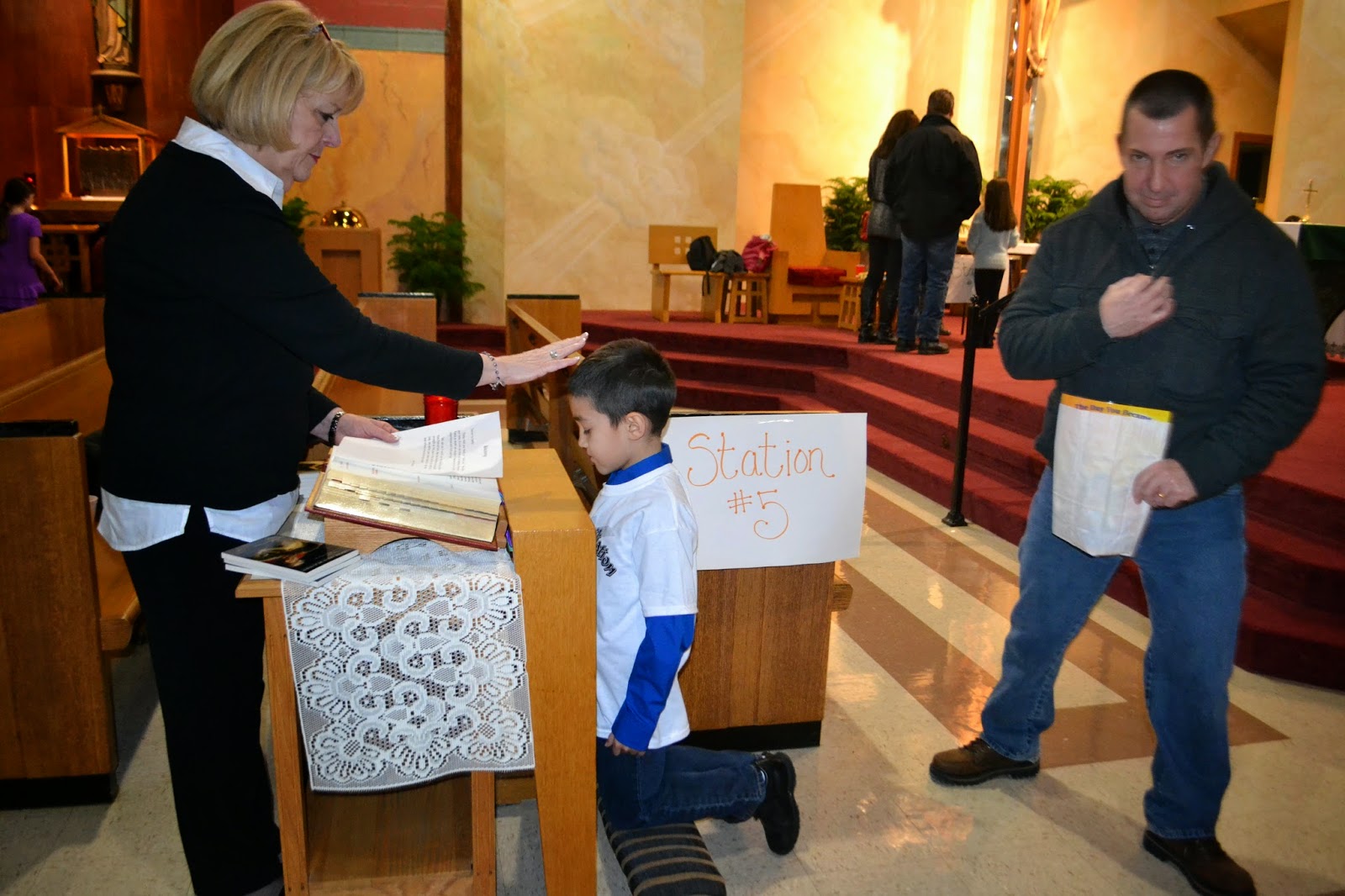 The last station is the prayer that both parents and the child should recite while kneeling. 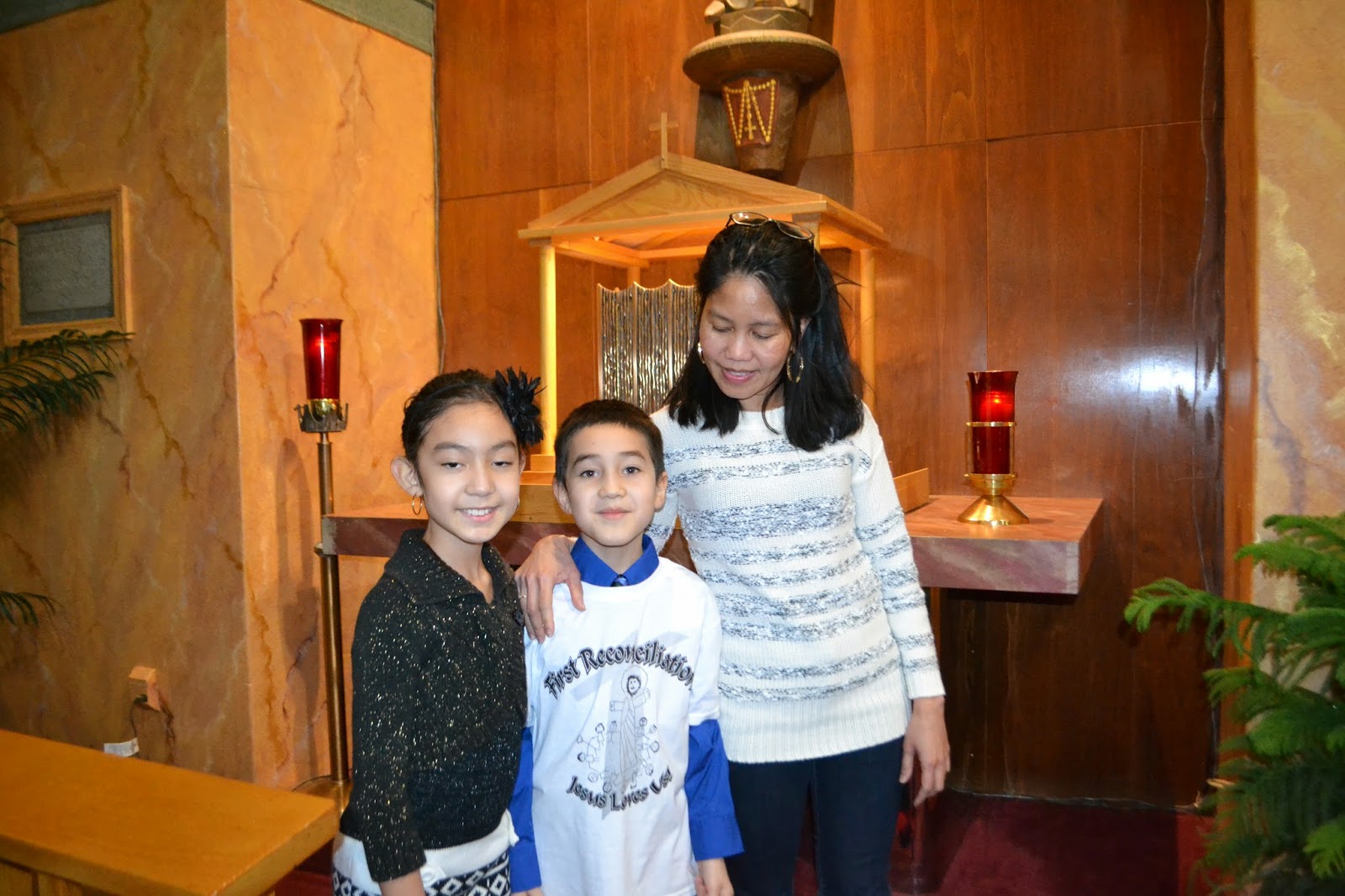 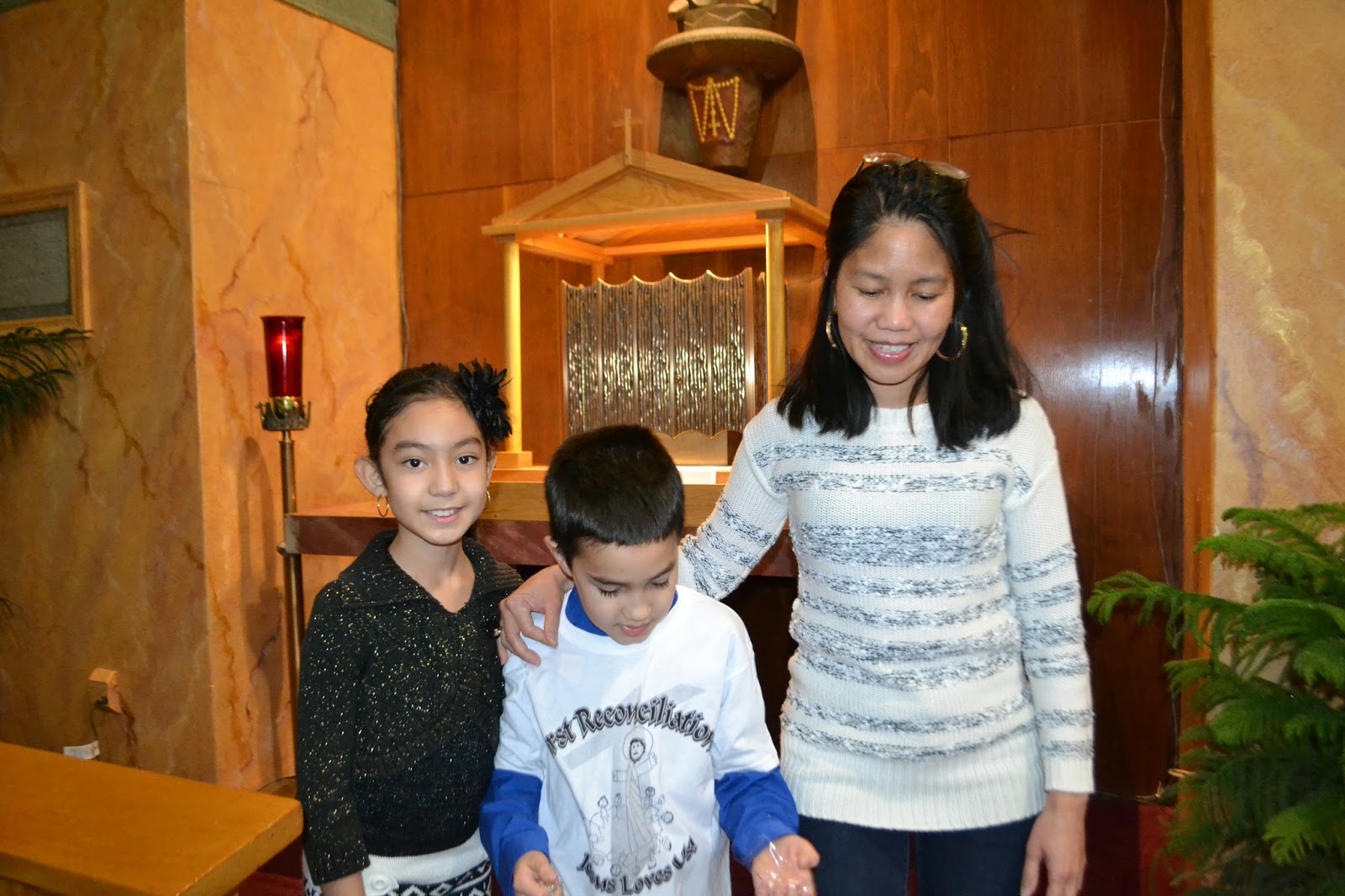 Snacks were served  after the  reconciliation rites.  It gave them time to relax and be with their friends. 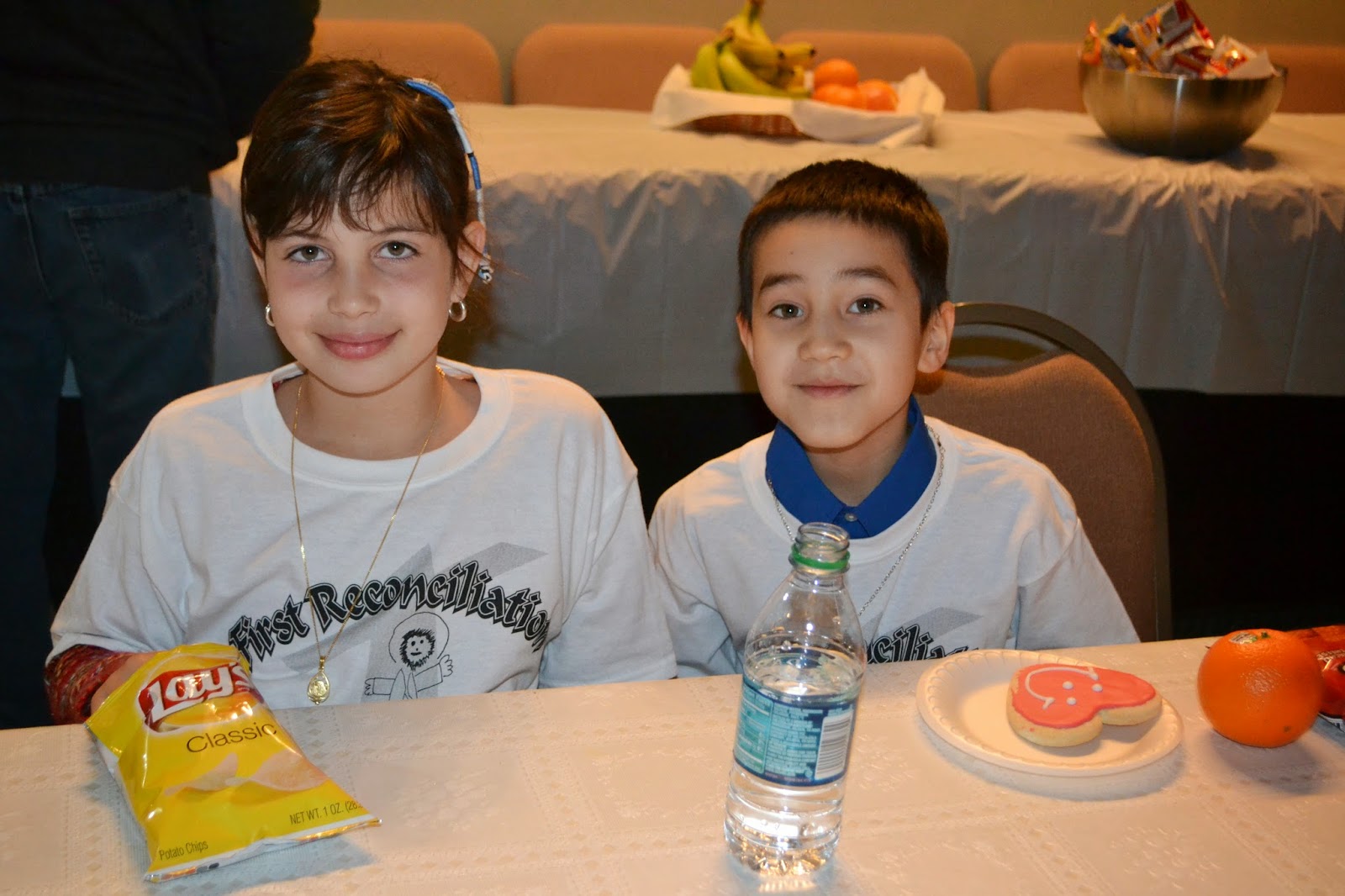 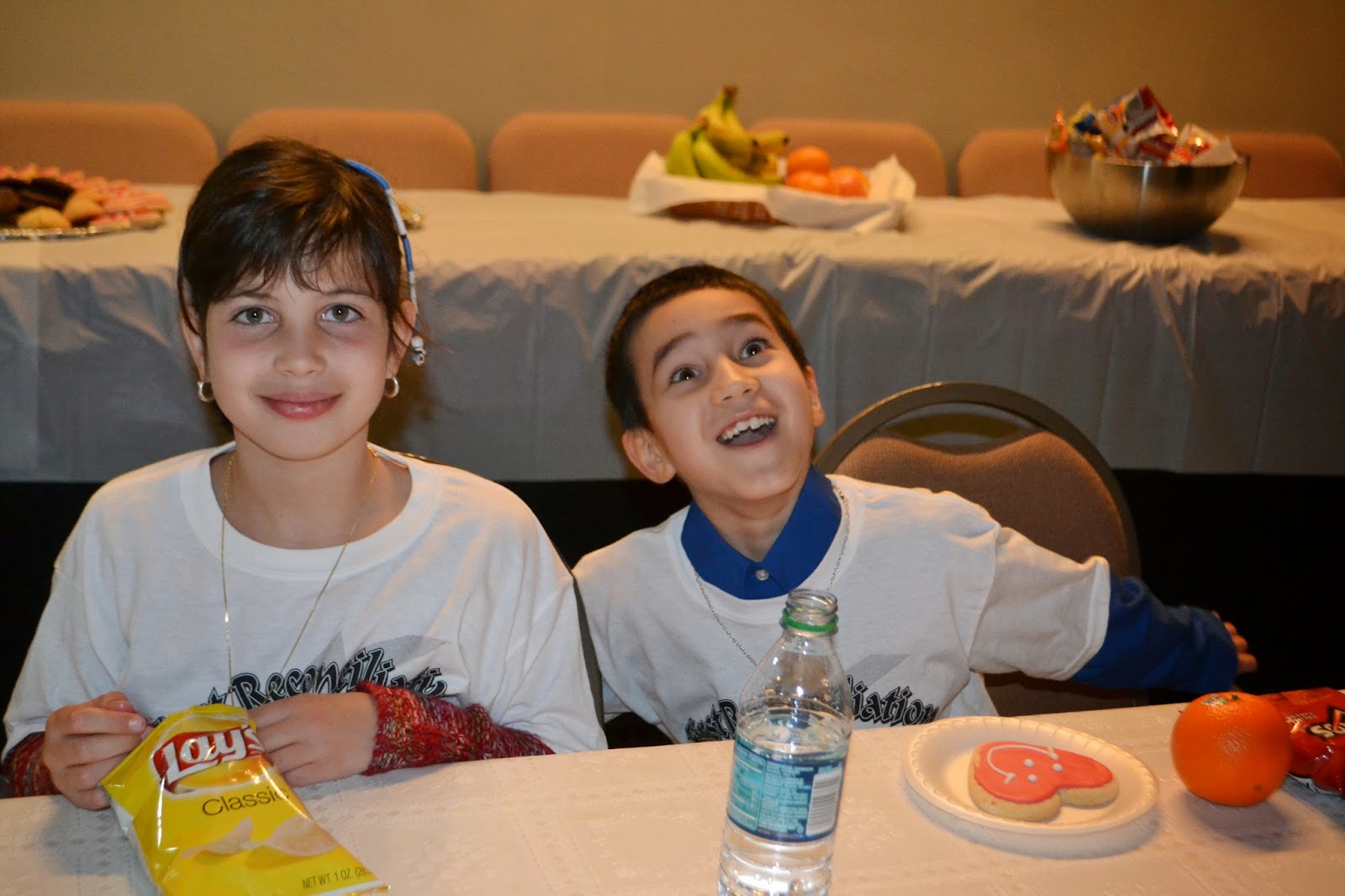 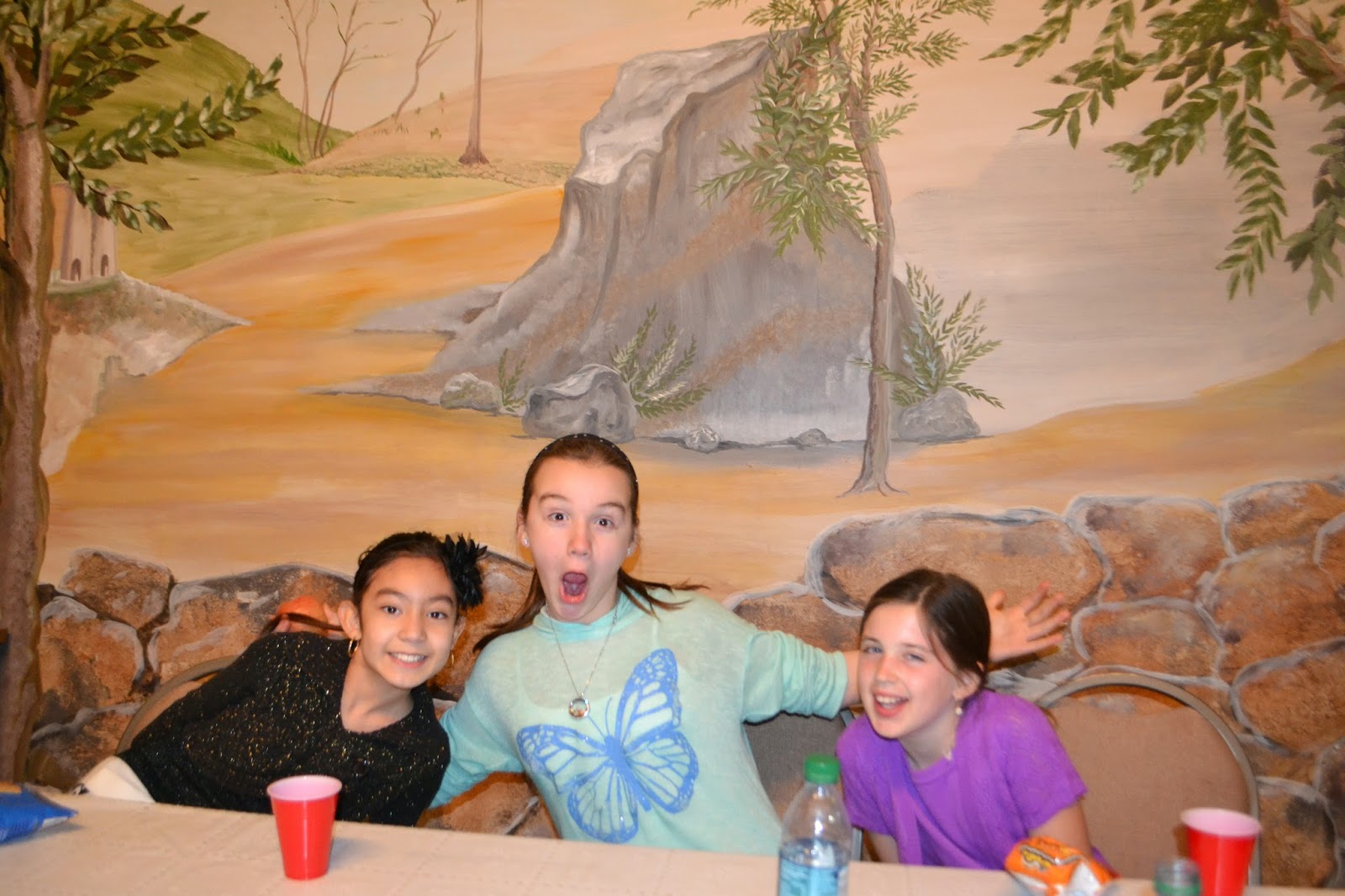 It also gave us the  chance to play catch up with other parents and the teachers. 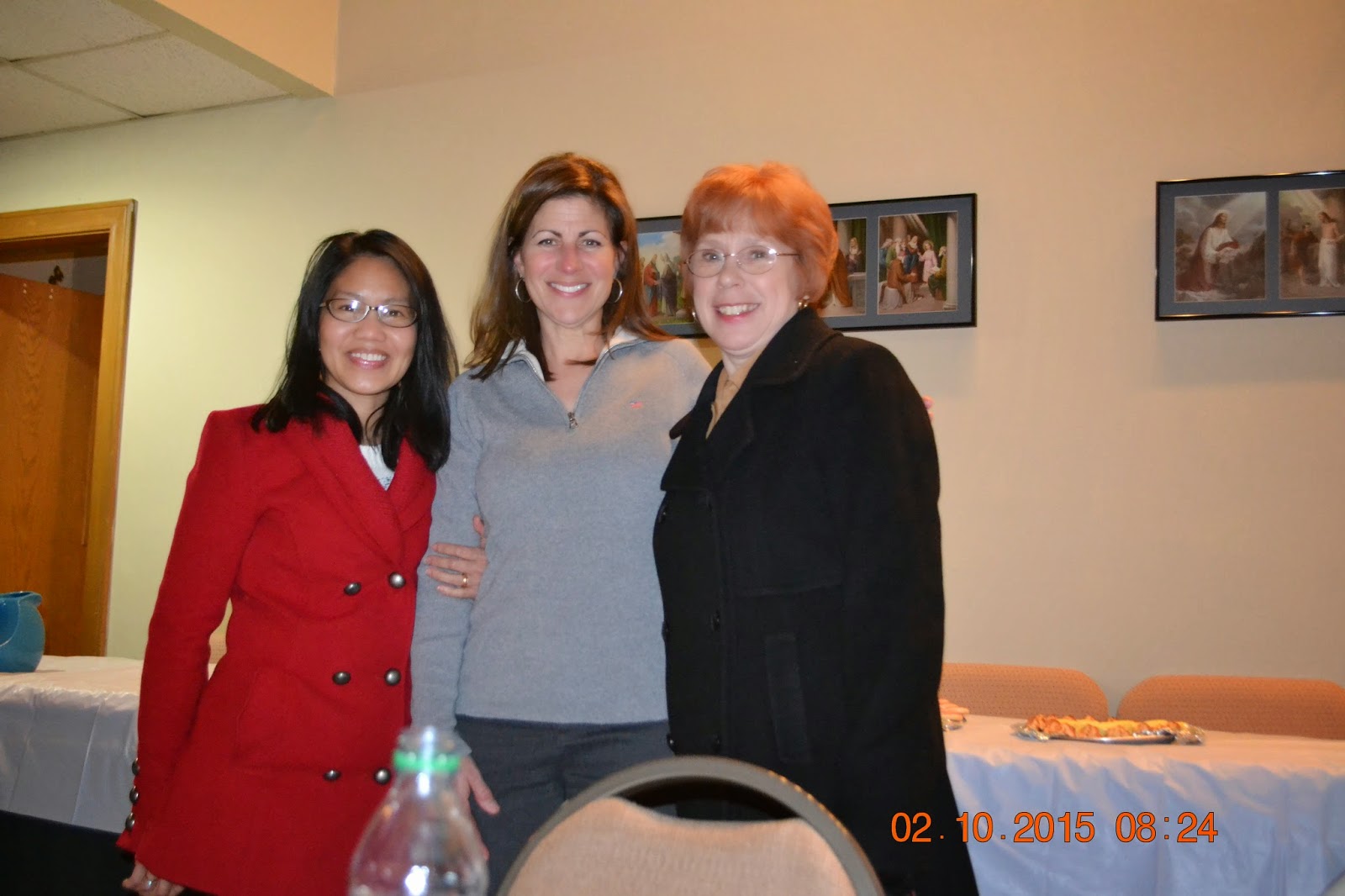 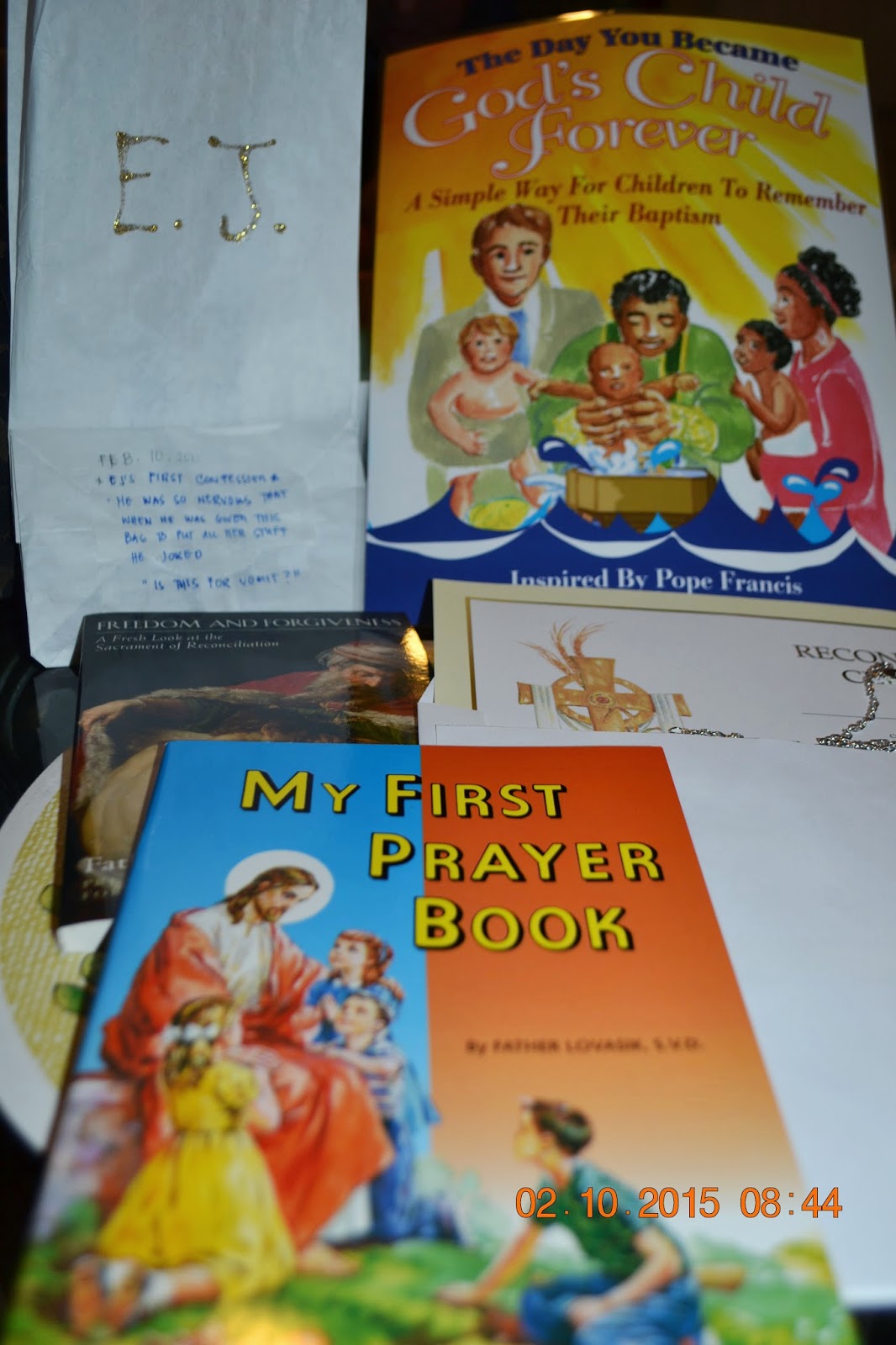 It was a nice ceremony for our little man.  I can tell he was relieved that he got thru it without passing out lol.
By Chubskulit Rose - February 18, 2015 31 comments: