St. Joseph School had their  olympics on May 24th.  I always love this time of the year because the kids get to release all of their  energy and have fun with their friendly competition events.  They did  it a little different this year. 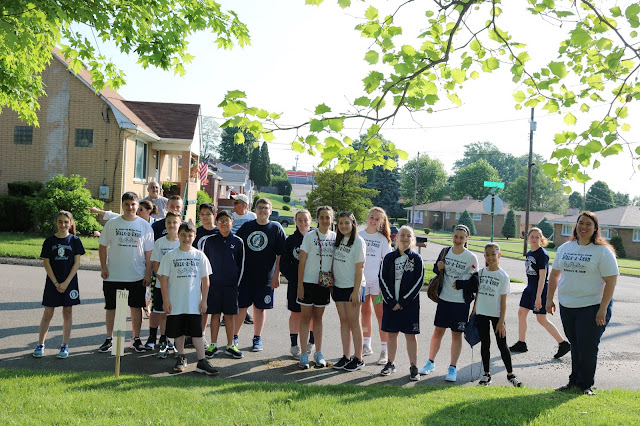 Above is my daughter's class and below is my son's class. 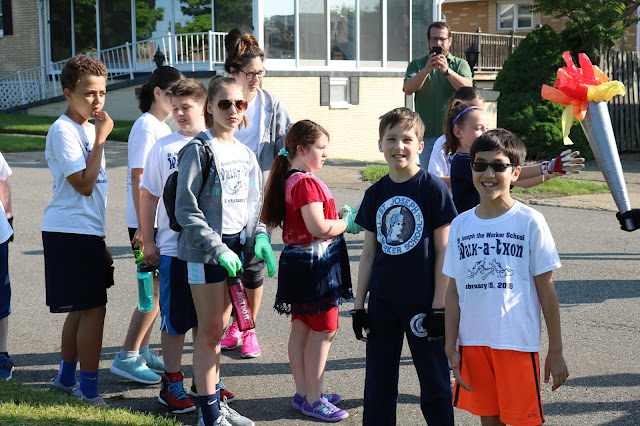 They started with a parade around the school vicinity with a faux torch. I thought that was a nice touch as the kids never did that before in the previous administration. So seeing kids from each grade pass and carry the torch to the school was neat. 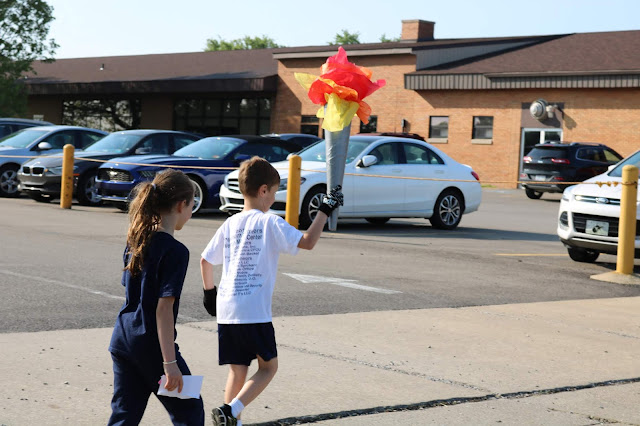 What I love about this year's  olympic was the fact that the  weather was  awesome.  It did not rain  and it wasn't cold. 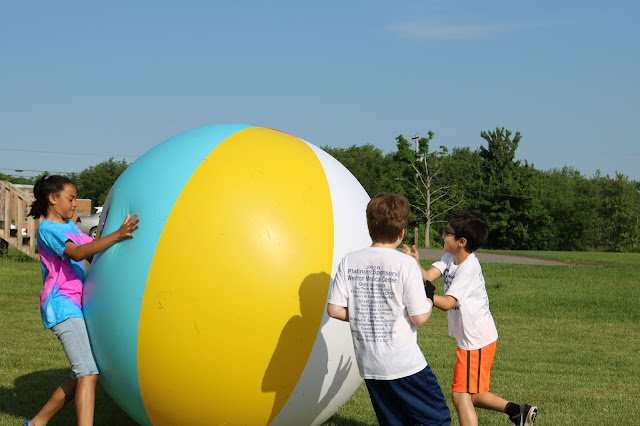 They also divided the  upper and lower grades.  While the lower grades are competing with the different events  inside the gym.  The  bigger kids  get to have fun outside.  They set up a lot of  activities for them to do which is nice. 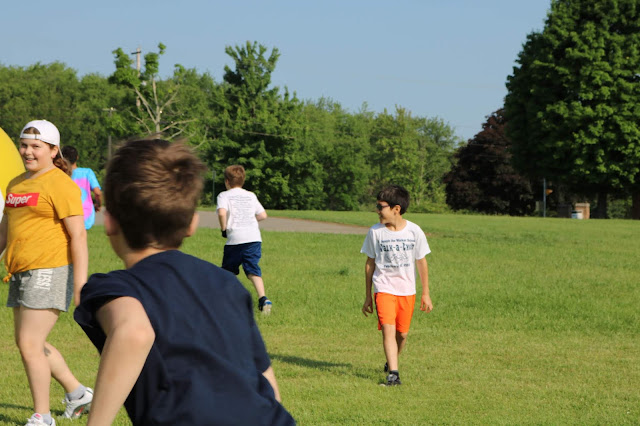 I do admit that I miss watching the little ones compete though..  We didn't get to watch their individual games because of the set up but still was fun. 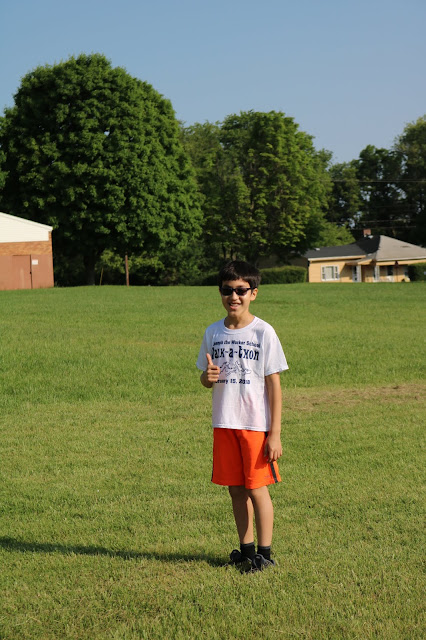 It's funny how the kids are so serious with competing.  Our son was  stressing the other events that he wasn't sure how he's gonna  do.  We told him to just enjoy and not worry about winning or losing.  We said if he wins, it's great but if he lost, it's okay as long as  he had fun.  His  response is always "It's fun when you win" lol. 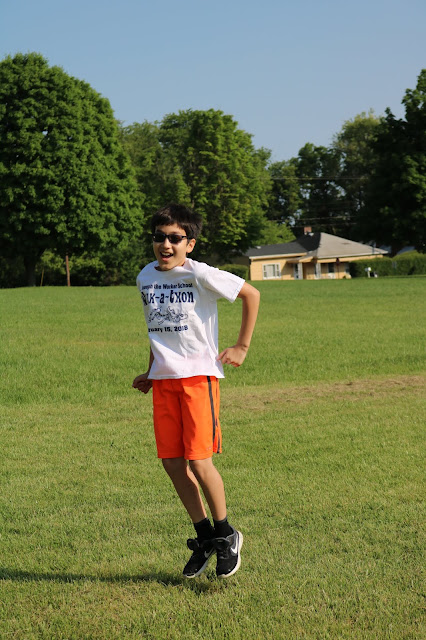 This year's  olympic wads a a bitter sweet one for me because it is my daughter's last time participating/competing.  I mean they are still part of the olympics next year but they will no longer competing but merely facilitators as they will be  graduating already.  The 8th grade usually has the graduation before the olympics. 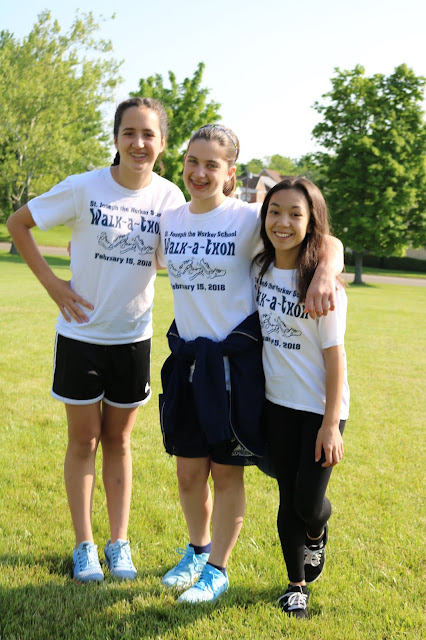 I can't believe that my little gartner  from years ago will now be in 8th grade  come next school year.  Ahhh time flies! 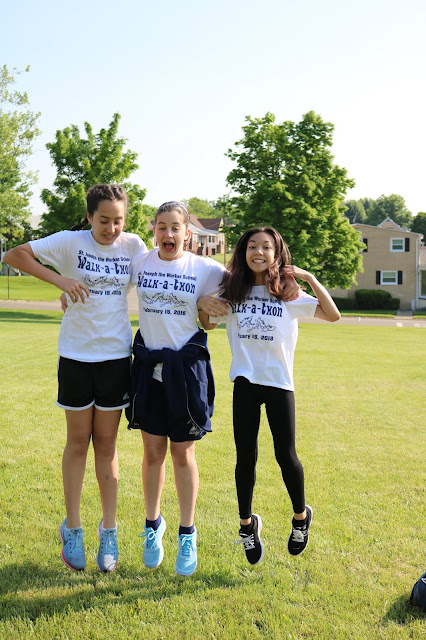 Jumping for joy is what they were doing in these photos. 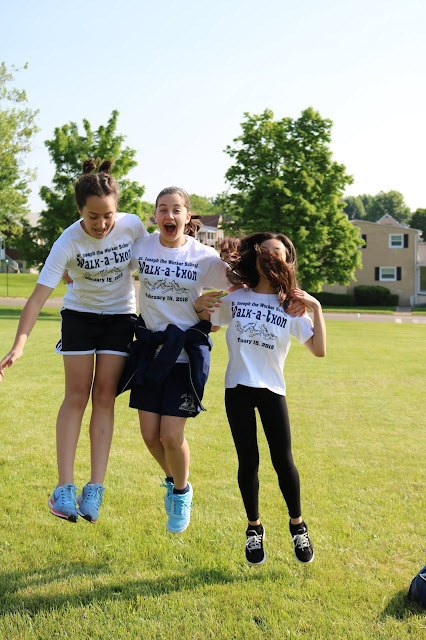 There were a lot of games to play outside.  The parents get to catch up and the kids get to burn some calories running around and playing. 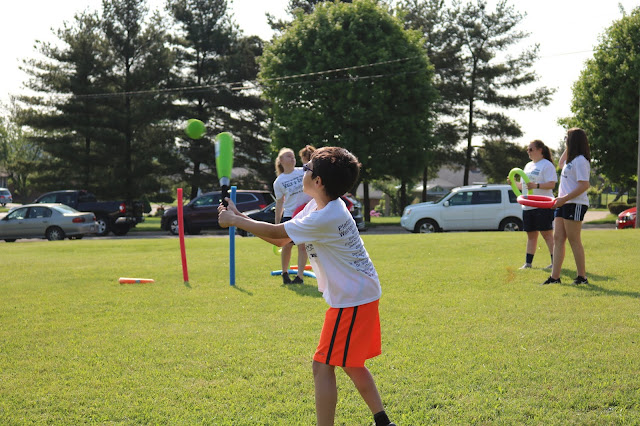 Glad they set it up this way.  My son get to  release some of his nerves out before  competing to the events. 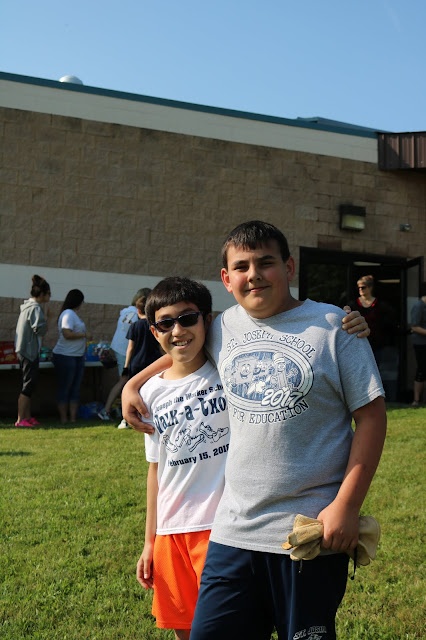 I was also happy that my husband took a day off   to watch the kids.  Although he is always busy at work and  his boss always want him there at the office, he make sure to  be present for occasions like this.  I told him that  it means a lot to our kids. 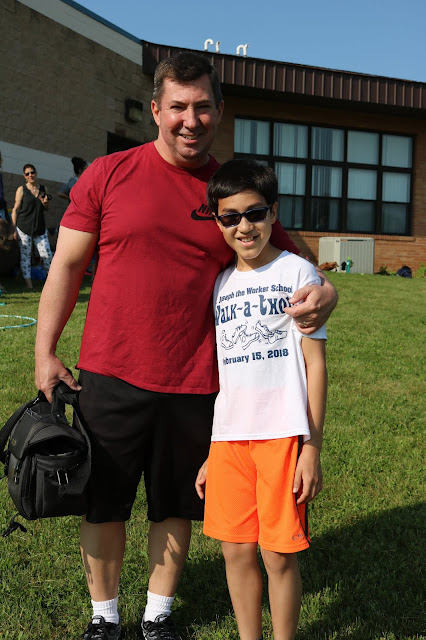 I also  designated him to take some  photos with the other camera so it's a win win situation. 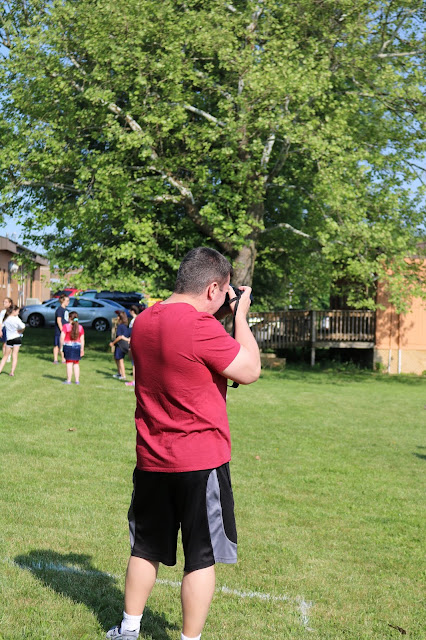 I thought this swimming pool noodle game is great.  We even tried playing it with our kids. 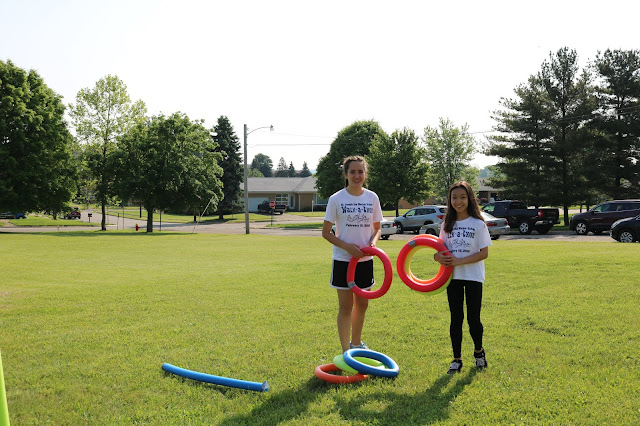 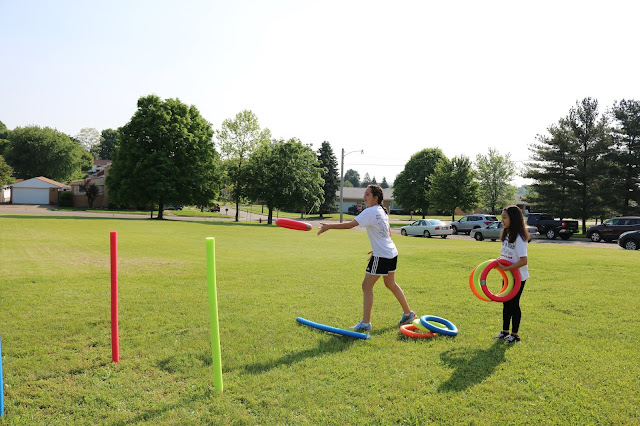 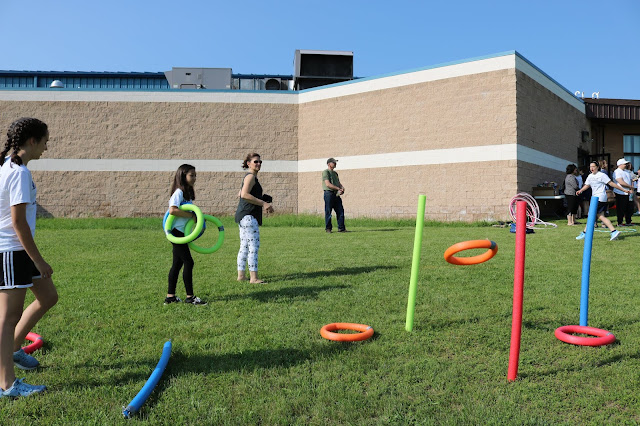 This big ball brought a lot of laughter to every kids that played with it. 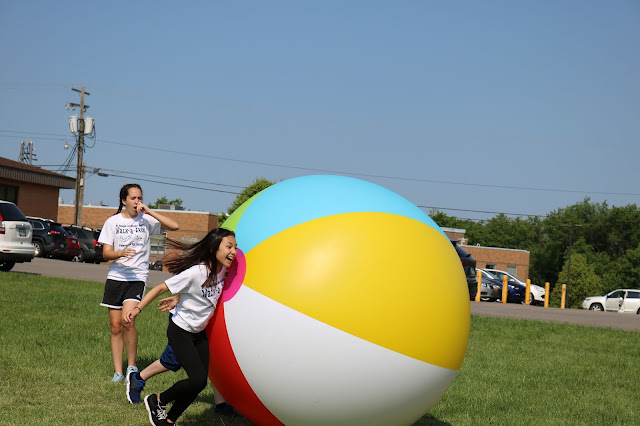 As much as I would like to forget about school now that we are on summer break, we will have to get an appointment soon for  the registration which will be happening next month.  That will be another 5 grand to flush down the  school. 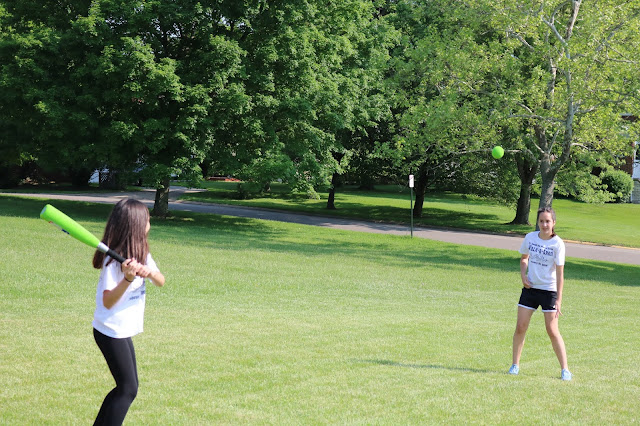 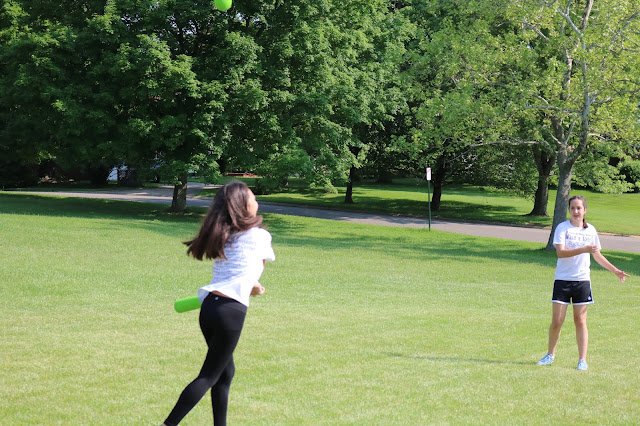 In a week, my daughter is  turning 13!  I will now be an official teenager Momma.  I think my daughter's teenage  character came out early, I notice that it is getting better and better each day.  Looking back at my teenage life, I don't think I have enjoyed it as a teenager.  I was tasked to take care of my younger siblings so I didn't really get to enjoy teenage life,  ha!  It was fine though, I learned a lot.
By Chubskulit Rose - June 29, 2018 18 comments: