We went to Morgantown last Sunday  for the Awarding Ceremony for my daughter.  We attended the mass at St. Francis de Sales Parish.  All the awardees were invited to attend the mass but it wasn't a requirement.  This church  is beautiful.  When you look at it from the outside, it looks like an ordinary building but when you gyo inside, there are so many   beautiful characteristics that I have never seen in any church that I've been to. 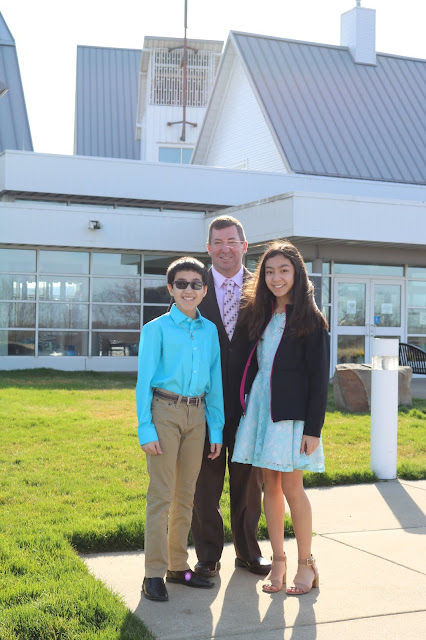 I know my kids and hubby are not into taking pictures these days but I just had to impose of taking some lol. 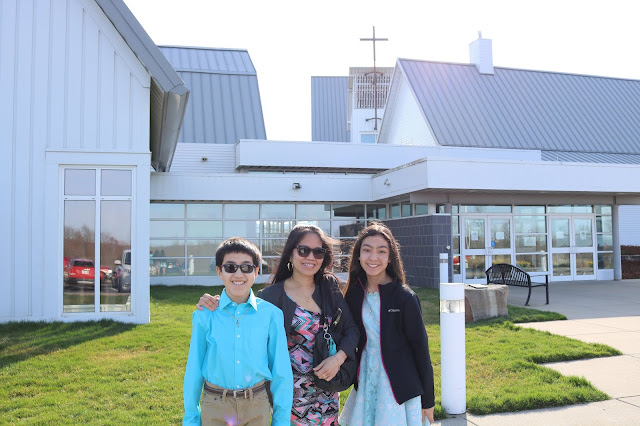 The entrance of the church is like a  reception area.  They were so many people already when we got there so we just took some photos where it wasn't crowded. 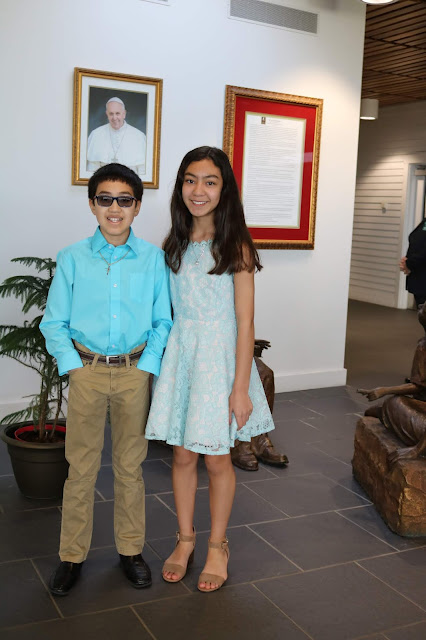 It took us an hour and half to drive to Morgantown from our place.  The mass was at ten so we woke up early and get on the road after we ate breakfast.  The church was located in a very nice  elevated  hill so the  view from the  church was beautiful. 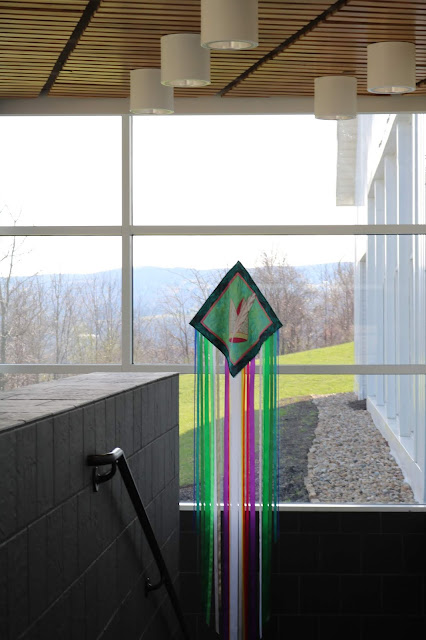 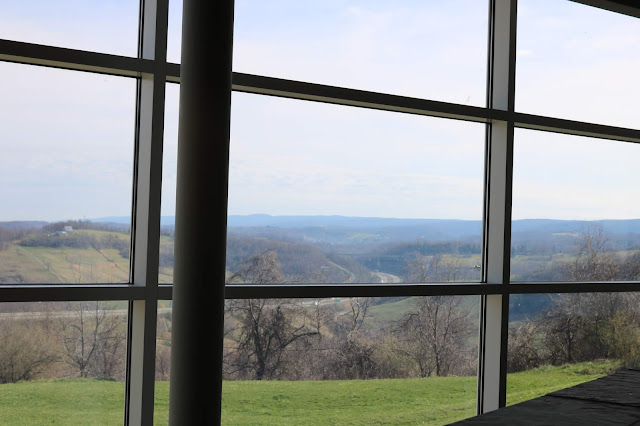 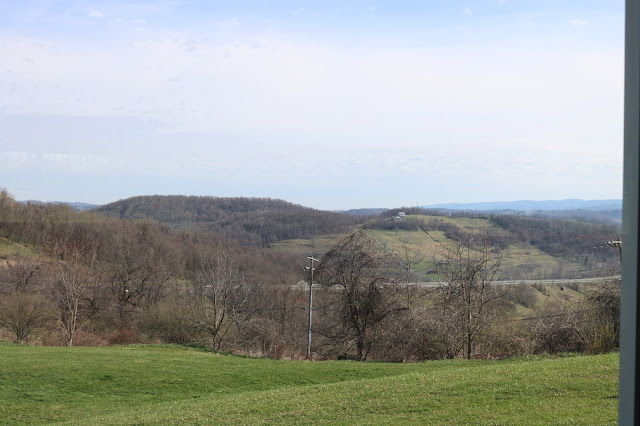 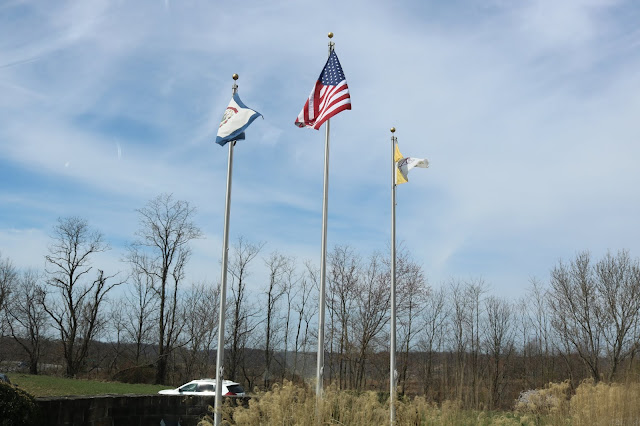 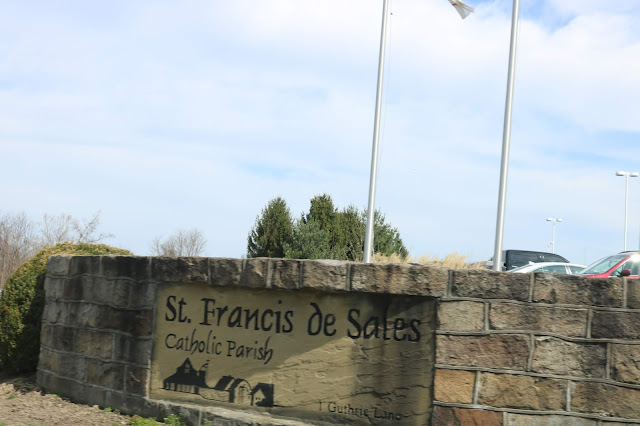 We  arrived  early so we had a lot of time to look around and take some photo before the mass started. 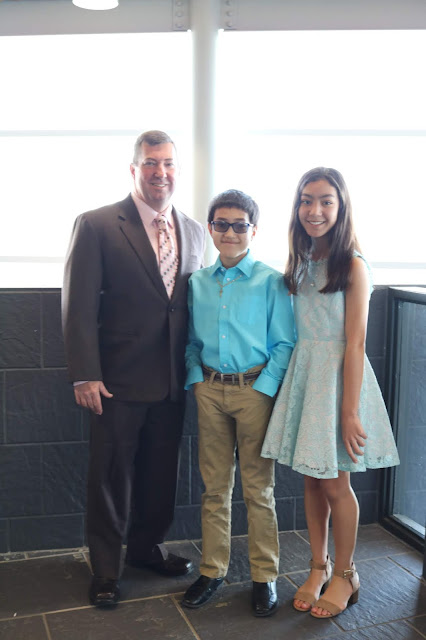 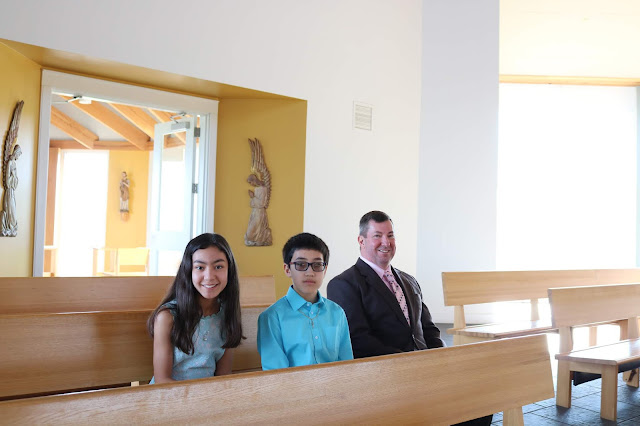 The altar is quite unique.  There's only a small cross o top of the stained glass. 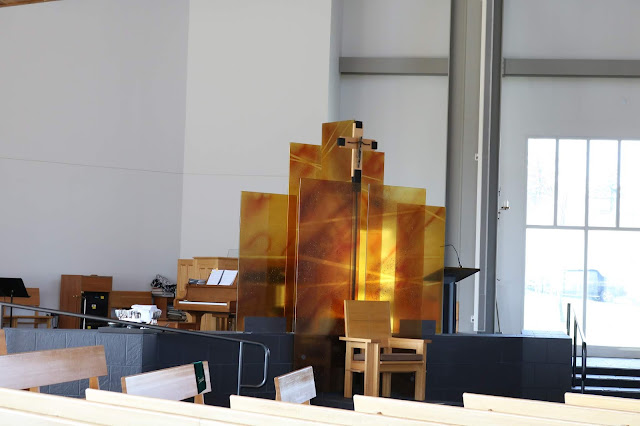 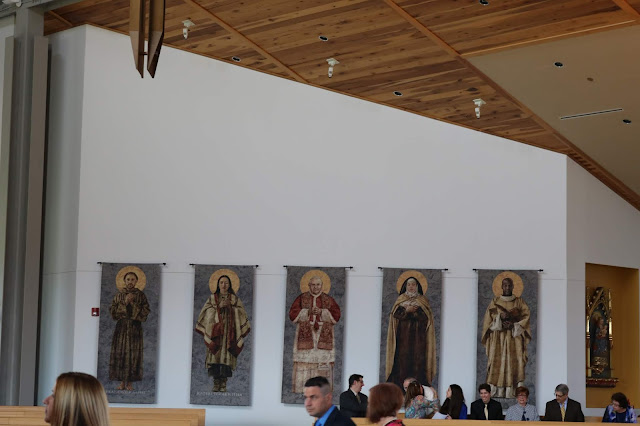 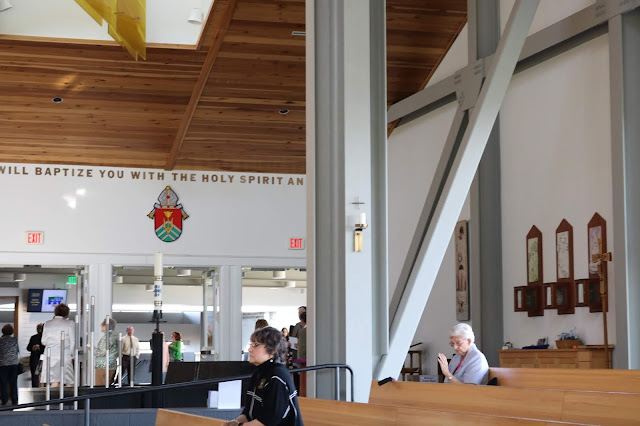 I think the most  unique part of this church is the hanging cross.  There's letters to  the wire or cable that was holding the cross but I couldn't make of what it says. 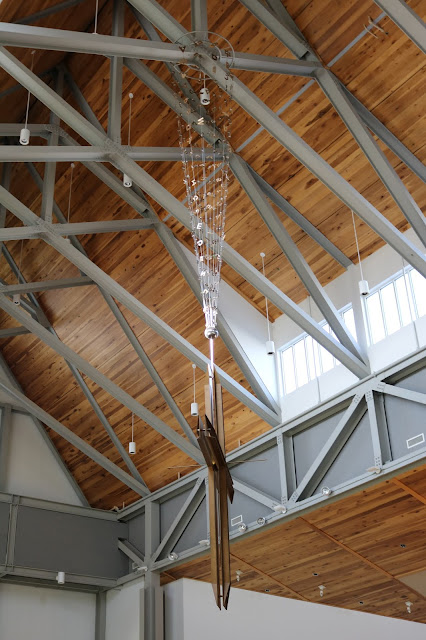 Our Principal, Mrs. R. Fuscardo also came.  Although she initially told us that  she won't be able to make it to the mass, we were so glad to see her there. 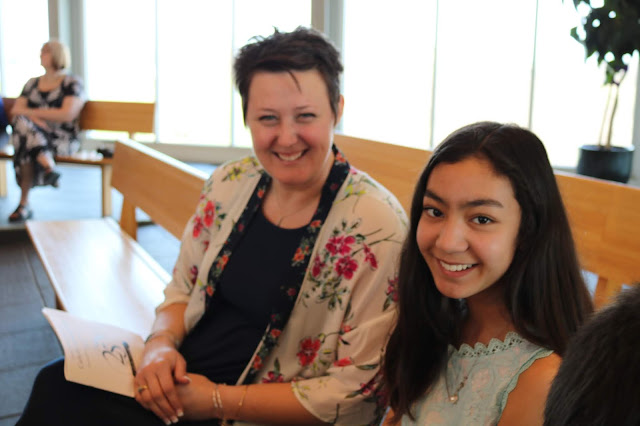 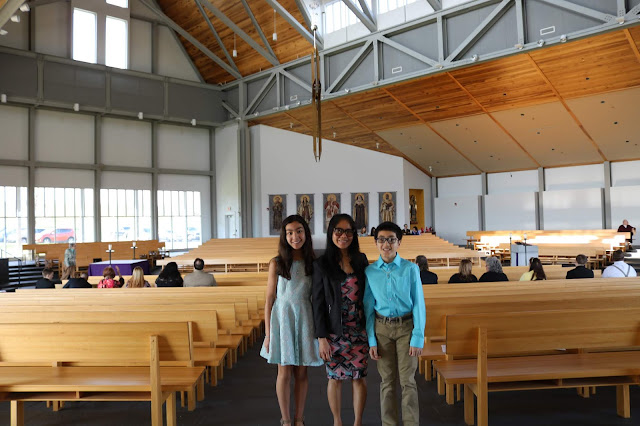 As soon as the mass was over, we headed to Marriott hotel for the awarding ceremony.
By Chubskulit Rose - April 13, 2019 18 comments: 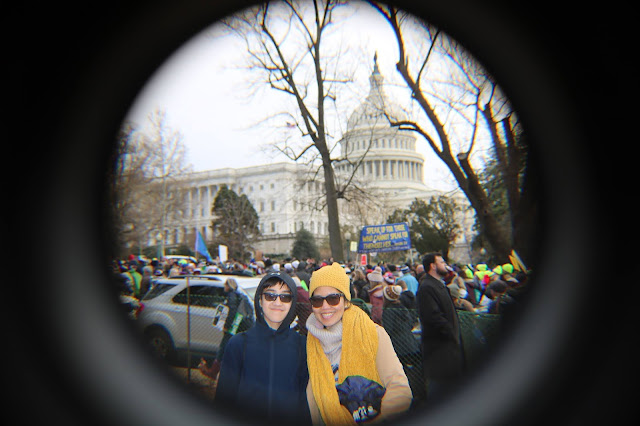