Balloon Fight and a Rain Shower

My daughter was volunteering  for the set up of the vacation Bible school in her school on the day of her birthday so  her little brother wanted to surprise her  with water in balloons so they could have a  water balloon fight when she arrives.  He even learned  how to  tie the balloons himself, that's how bad he really wanted to do something special for her Ate. 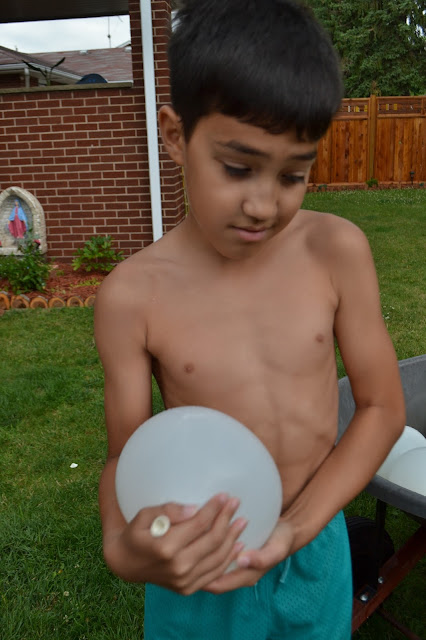 I told him to use the wheelbarrow to put all the filled balloons so the  dogs  won't bust them. 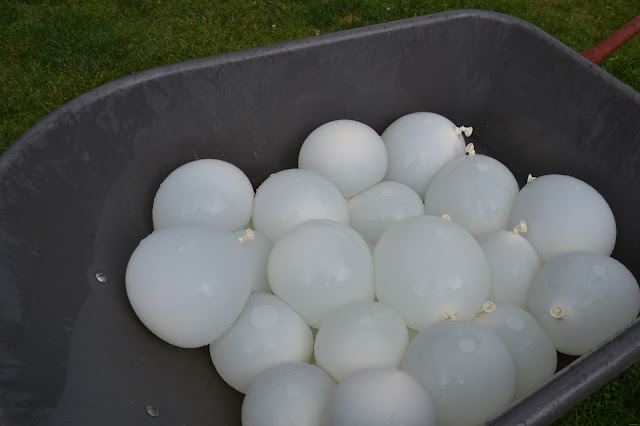 They had so much fun.  They  asked me to join in but I told them that I will just do the documentation.  They told me to  use  the stand for the camera but I didn't want the camera to get wet .  That was actually my excuse  lol.  The last time we had a balloon fight, I was the main target ha! 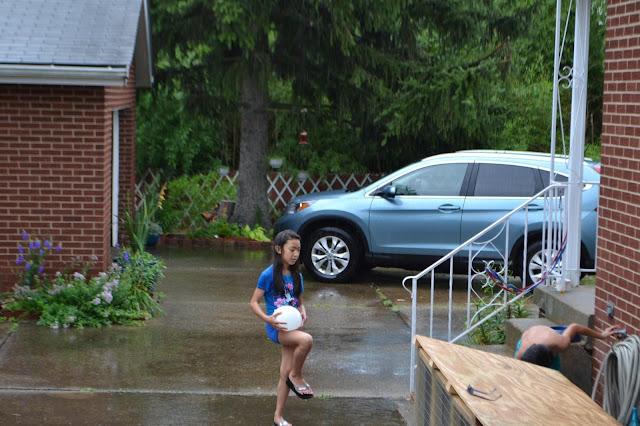 Anyway, towards the end of their balloon fight, the rain started coming down.  That was an extra  bonus because  they seldom play in the rain due to lightning and thunderstorm that comes with it most of the times.  This time it was only raining so it was safe for them to  play in the rain. 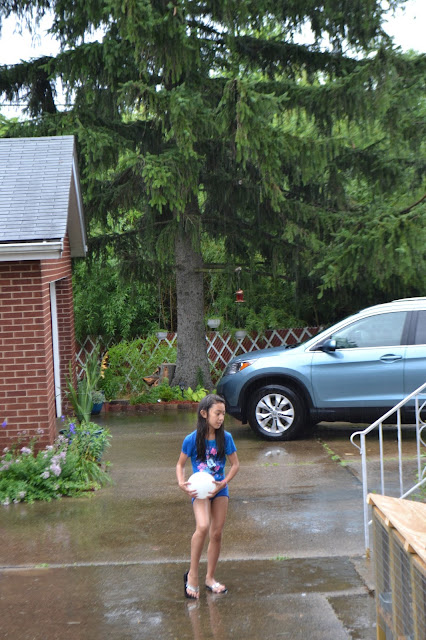 I told them that when I was a kid, we  always played in the rain every chance we get and it was a lot of fun! 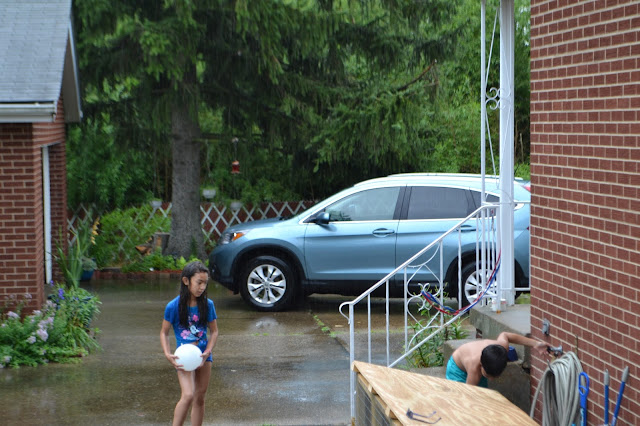 The balloons that they used is not really the water balloons you normally used but a regular  baloons that you blow that's why they were huge.  My son said that the regular balloons  carry more water and it is more fun because you get wet right away when you get blasted.  The issue of it was that, it was hard throwing it  far.  Nevertheless, they had so much fun. 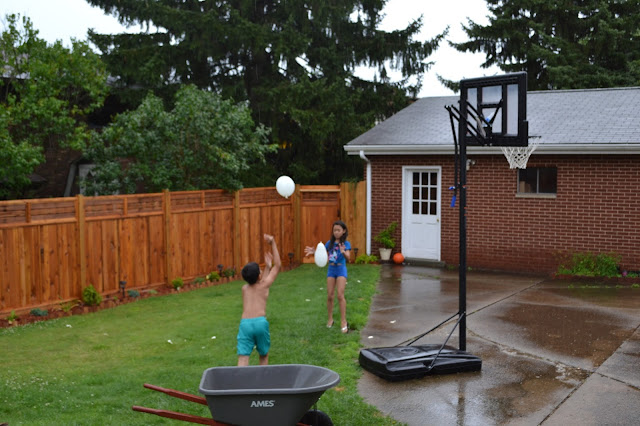 I am glad that my son initiated this  activity, it really made my daughter's day when she came home from school, 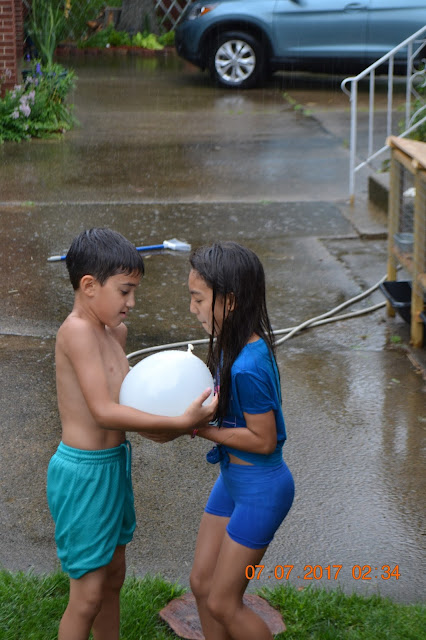 Even our dogs took part in chasing them but then ran away when  they got splashed with the water lol. 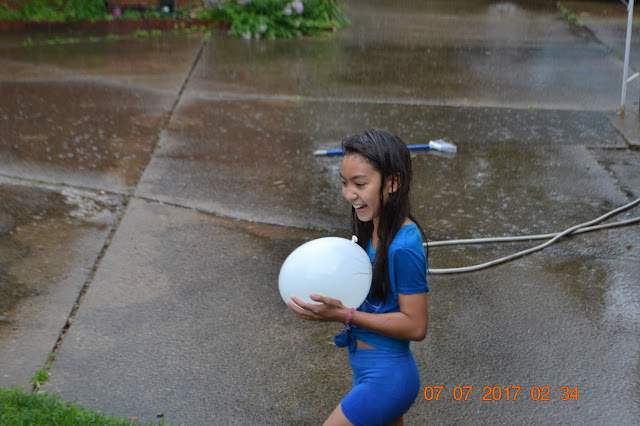 Those balloons are bigger than their heads lol.  I think they were filled with more than a gallon each. 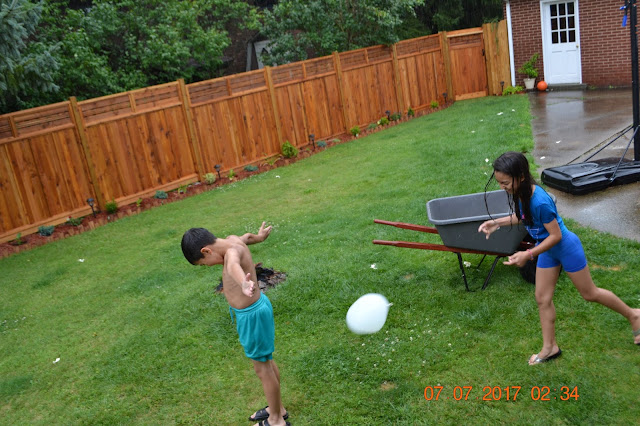 As a birthday present, EJ let  her  Ate throw a balloon on him without  him running away. 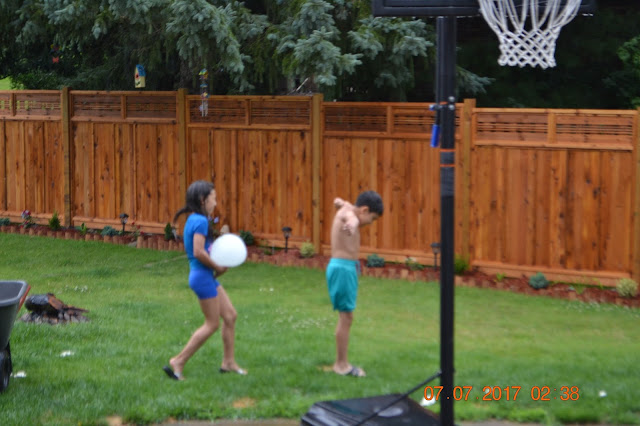 Here us the video I managed to  record of them  throwing those big balloons at each other.
By Chubskulit Rose - July 17, 2017