The day leading to the  championship for the History Bowl competition was a stressful one for our daughter.  She really wanted to  do good so she was stressing out and was working hard to  pack her brain with so much information. 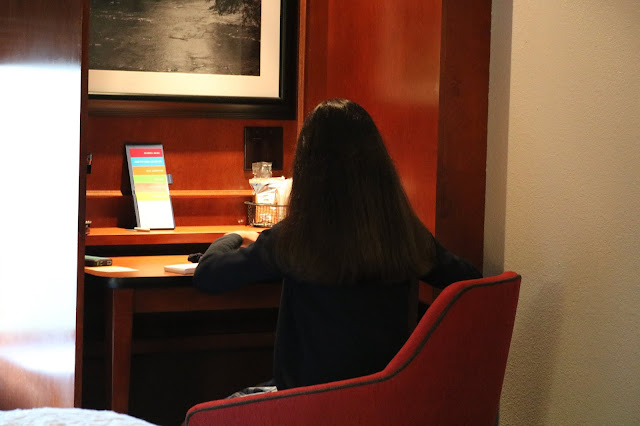 We went  a day early  at Charleston so that  she could at least relax before the    day of the final competition.  We encouraged her to  have a good night sleep but I can tell that she did not sleep that long.  I know I couldn't sleep myself as well thinking about it, I was nervous for her. 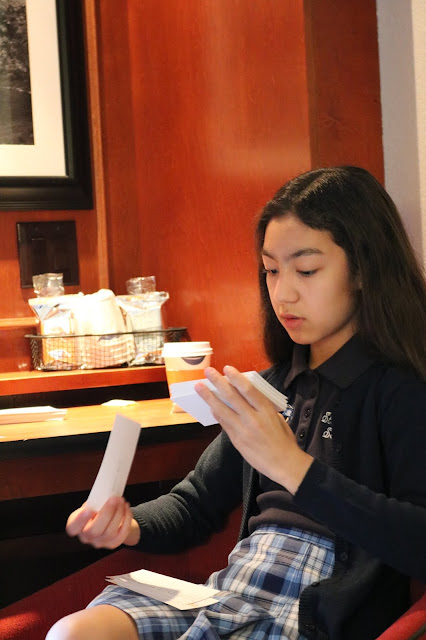 Nevertheless, she was optimistic and hoping for the best.  This is the morning of the  competition.  We woke up early and had breakfast at the hotel and got ready to go to the venue. 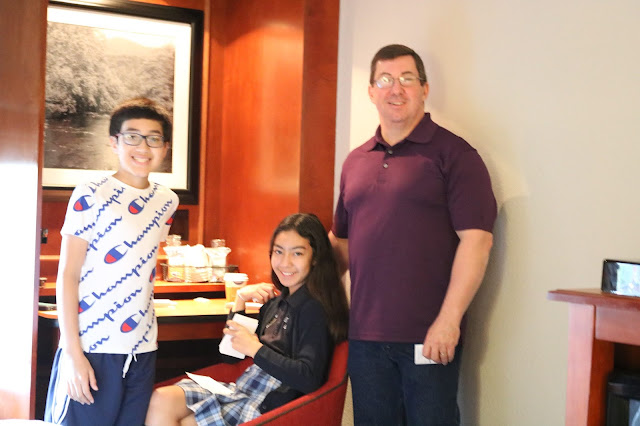 I thought we arrived early but it seems like everybody was there already lol.  While waiting for the  competition to start, we had a lot of time to  spend for taking photos and  review some more. 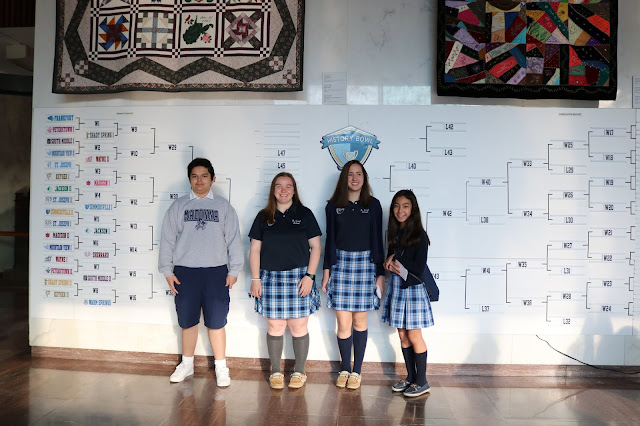 I can tell that even though they were prepared, they were still anxious. 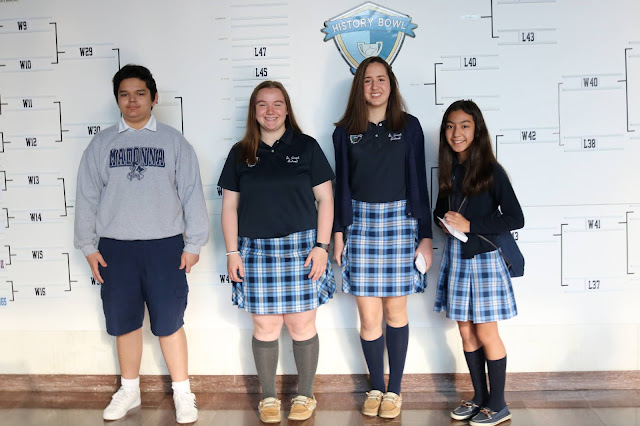 We sat by the corner and  reviewed their materials. 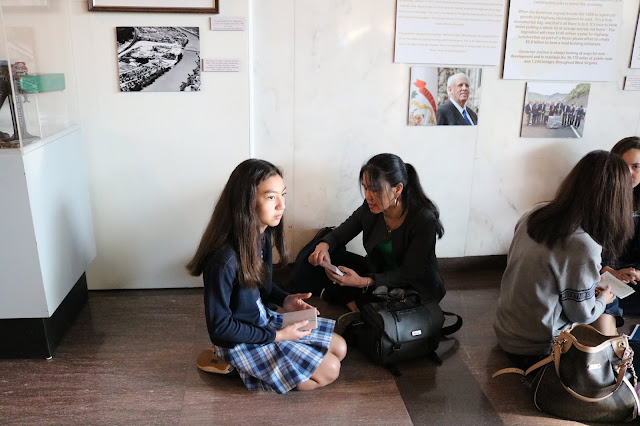 I am not sure if it's the nerve that kicking in but our daughter can't remember  some of the  information that she knew before  this day. 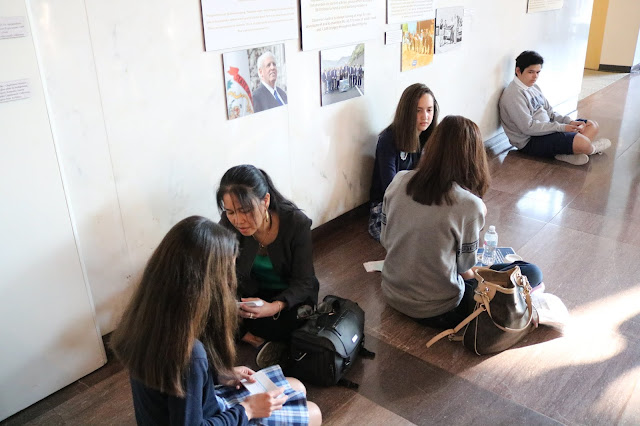 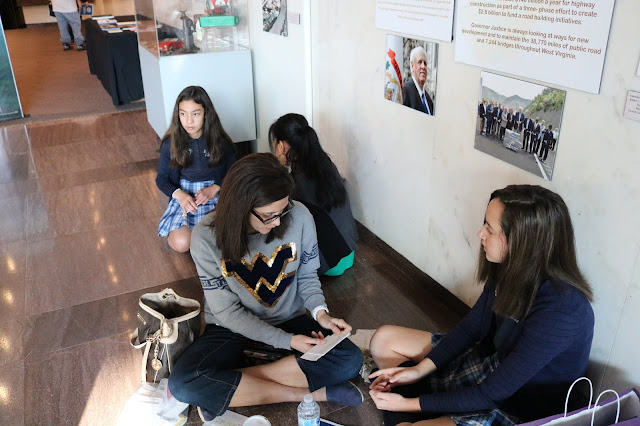 Since  the kids did not have a coach, the moms served as their coaches. 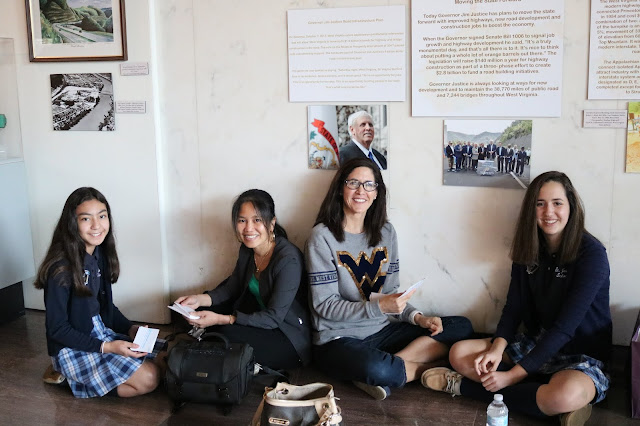 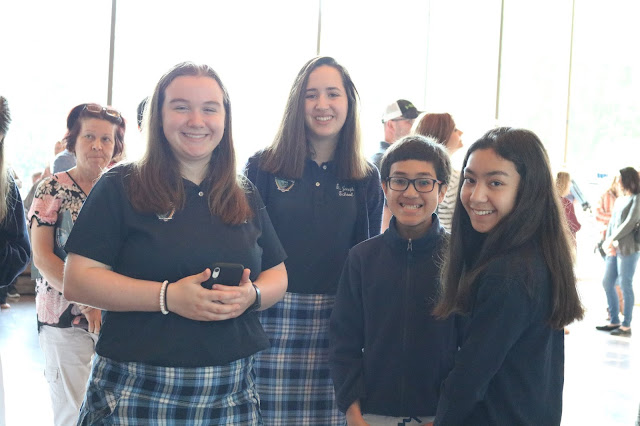 This was taken during the first elimination round.  They won and advanced to to the next round.  They scored 38 while the other school scored 20. 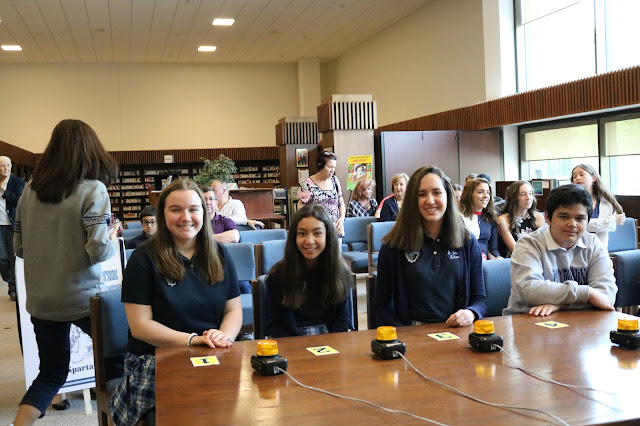 The school principal was there cheering them on also. 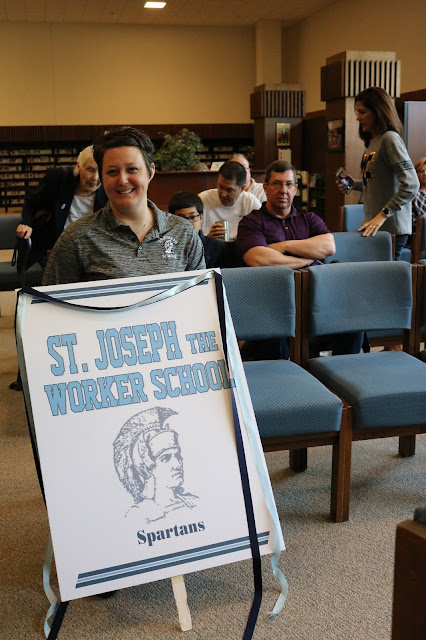 Below is the video of the first elimination round which was  set for ten minutes.  I was  so nervous that this video is so shaky lol.

They finished 9th place out of 24 teams so it wasn't a bad result.   Taking our son with us and watching the event  inspired him.  He said he wants to do it too when he's in 8th grade so we saved all of our daughter's study material.  All we have to do is update the political info next time if there are changes.  Our daughter said she would be will to help  coach.
By Chubskulit Rose - October 10, 2019