A Call to Serve

When I was growing up, we only go to church once a year because we lived in a remote area and we only celebrate mass during our patron saint's fiesta.  I didn't get to really exercise   the things  that  Catholic practices do until I was in college because I went to a catholic school.  Bu that doesn't mean, I don't pray.  Growing up, prayer gave me  strength.  I have to hold on to my faith because we grew up with barely anything.  My faith and of course hard work is what  got me through all the hardships and  trials in life. 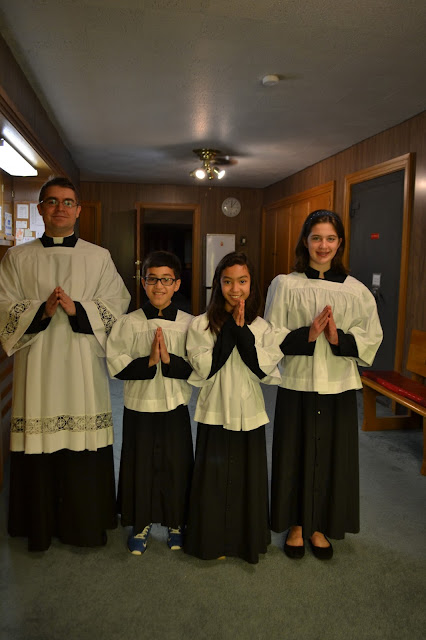 Back in the day, I only see  boy altar servers, I don't think they allow   girl  servers  then.  When I was in highschool, I lived in a family of musician, they were all talented.  They played  different instruments and all of them have beautiful voices.  That inspired me to love music, I participate in choir at church when given a chance . 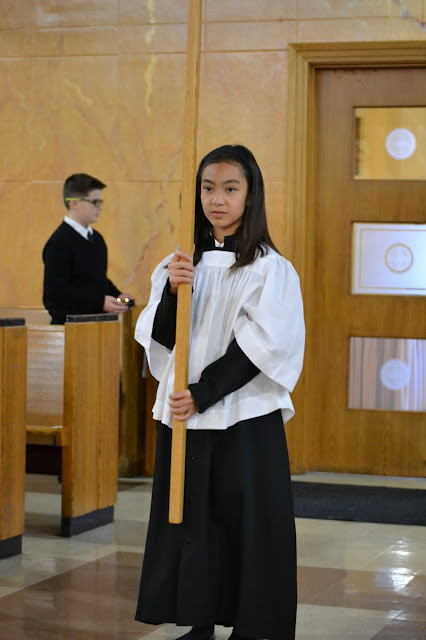 Anyway,  when my children  showed interest in serving, I let them try it.  My daughter loves it.  My son serves with her but he  gets overwhelmed  when they have to serve constantly every Sunday.  My daughter  would prefer to serve when we are in church but my son  misses  sitting with us and I do miss them  sitting with us while we attend the mass. 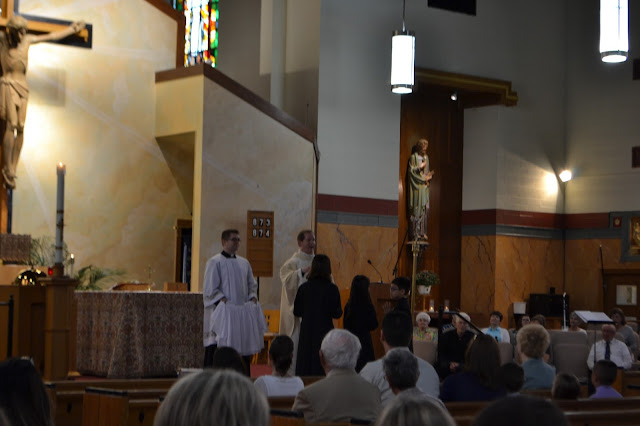 There's very few children that wants to be altar servers so the schedule gets piled on to the  few ones that serves.  I told my kids especially my son that  it is a blessing and a privilege to serve so it is a little sacrifice that they can do an hour every Sunday for God. 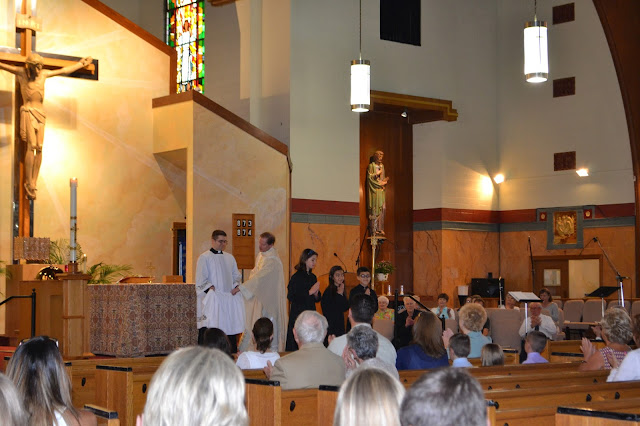 When the new priest arrived  last year, a lot of changes took place including the  ways servers do stuff so that kind of made my son did not want to serve but he stick with it so I am very proud of both of them.  Their uniform have changed too, they used to wear white gown but with the new priest, they started  using  a black gown first then they were advanced to wearing a white top on top of the black gown. 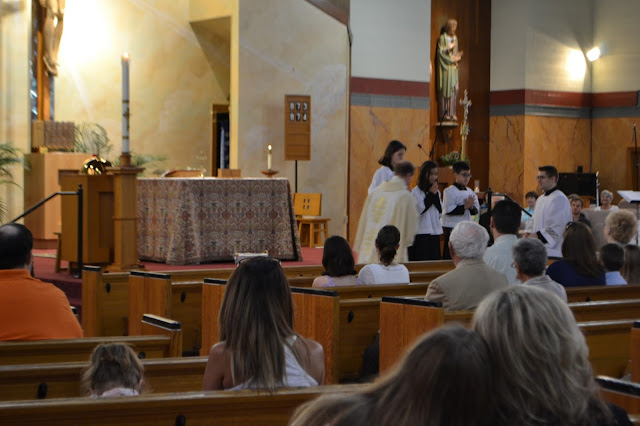 I think it was Father's Day last year when the priest advanced them.  We didn't expect it but nevertheless, I captured the moment.  I always bring the camera in my purse so I managed to take some pics.  One of the parishioner asked me if I knew that this was going to take place and I told her that I didn't know.  She probably didn't believe me since I have the camera lol. 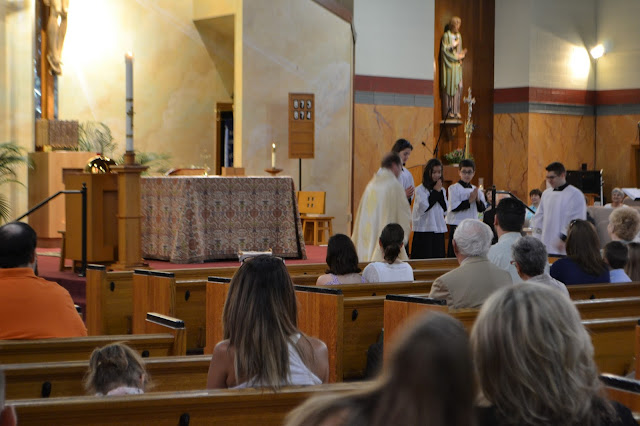 I think the advancement made them feel special. 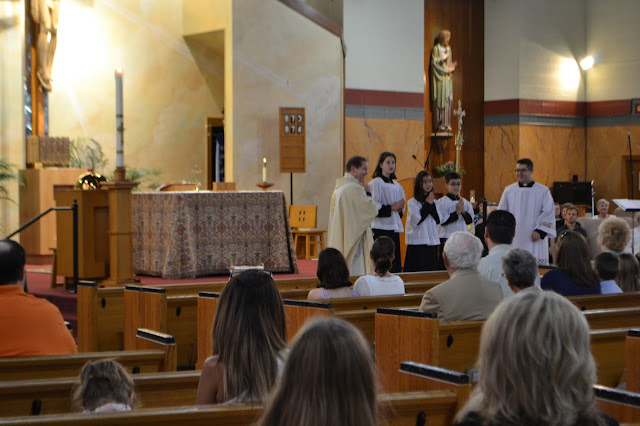 I like that the priest acknowledges them as a big part of the mass celebration. 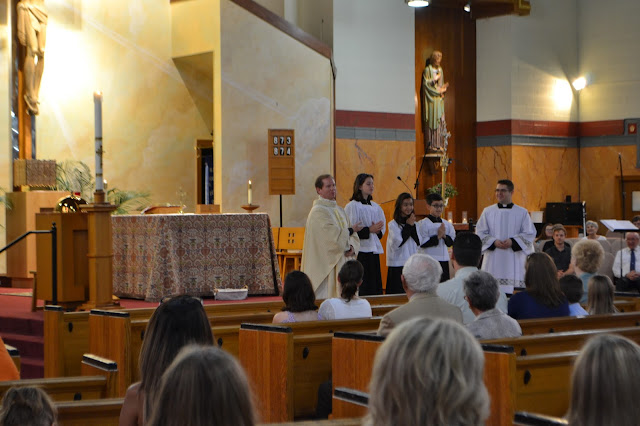 I took a picture of them with the seminarian after the mass. 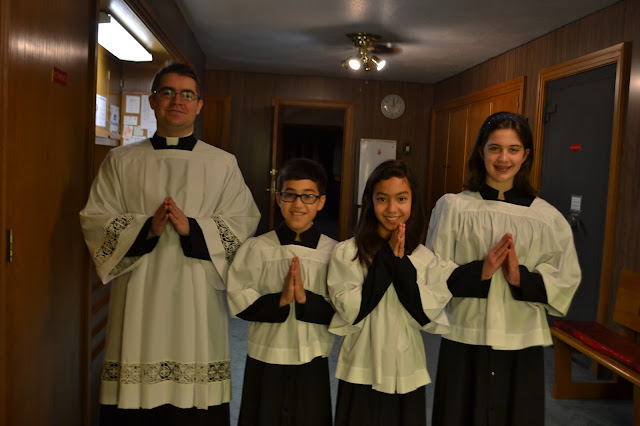 Priests are getting scarce these days.  I think if the catholic community would  let their priest get married and have a family like  other congregation, more and more men would  like to be a priest.  It takes a lot of dedication to be a priest.  I think the hard part of it is being alone but these are just my assumptions, I have never became a priest so I don't really know.   At church, we  always pray for men to  answer the call to serve and join the vocation.
By Chubskulit Rose - April 19, 2018