There was a home game for the Madonna football team on August 28. We decided to  watch after the kids' piano lessons.  Madonna played against Bishop Donahue's team. 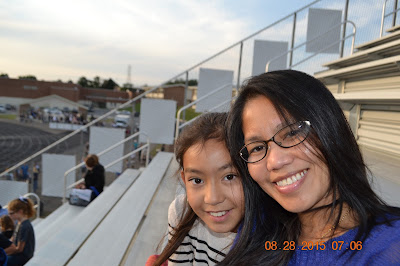 Bishop Donahue brought their  cheerleaders. They occcupied the other  side of the  Jimmy Carrey Stadium. 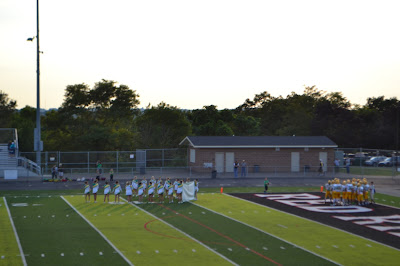 The Madonna "BlueDons" cheerleaders were outnumbered by the other team. 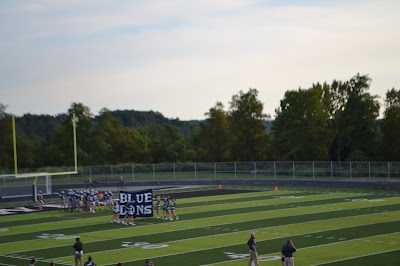 The Mayor of Weirton came to support the game. He was an alumnus of Madonnna High.

The Madonna team was doing great  at first but they got rattled when the other team scored.    From then on, they got lousy. 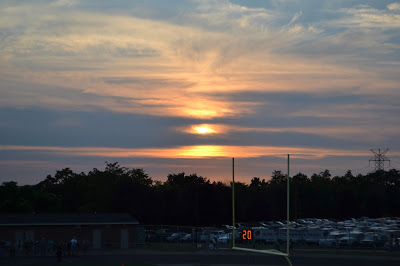 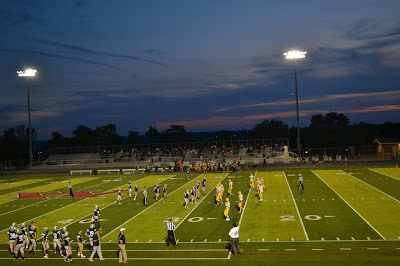 We did not finish watching the game because it was already late. We never found out if they have recovered or not. I hope that I could watc my son play footballl when he is in high school.
By Chubskulit Rose - September 24, 2015

Email ThisBlogThis!Share to TwitterShare to FacebookShare to Pinterest
Labels: football, my children, sports